Why American protests are doomed to failure 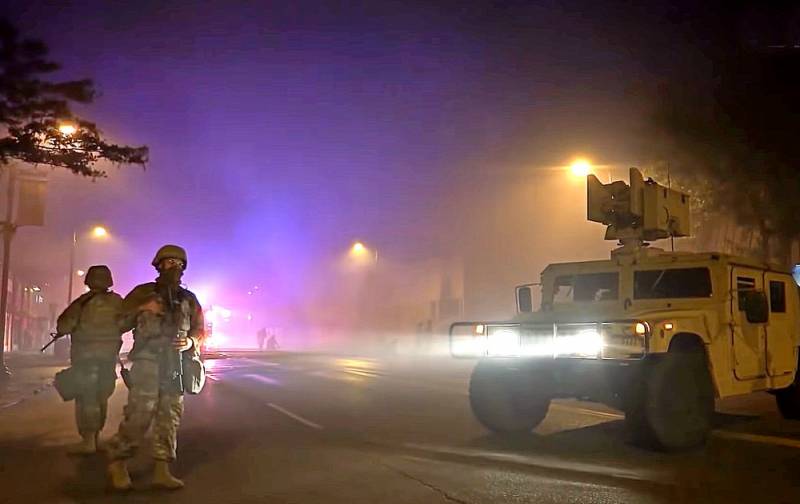 Protest movements involving hundreds of thousands of Americans against police brutality and racial inequality have been ongoing in the United States for the second week. Demonstrations, accompanied by clashes with law enforcement officers and pogroms, swept all states, in 15 of which the National Guard was already introduced.


It all started with the death of African-American George Floyd during his arrest on May 25. In the video laid out by eyewitnesses, footage is clearly visible where one of the policemen holds a knee on the suspect’s neck, not paying attention to the pleas for help and the rapidly deteriorating state of the latter.

The place of Floyd's death instantly grew into a place of spontaneous demonstrations, accompanied by clashes with the police. In turn, the government did not agree to a peaceful settlement of the conflict, and President Donald Trump blamed the left-wing radicals from Antif.

Despite the fact that corporate power, racism and "police" have been poisoning the lives of ordinary Americans for decades, today's protesters, like their predecessors, have no chance of victory.

The lack of common views among the participants in the demonstrations leads to chaotic requirements. At the same time, the robberies and pogroms organized by the lower strata of the population give rise to the capitalist media to turn the rest of the US population against the protesters, distorting the very essence of the struggle. As a result, amid the economic crisis and the intensification of class discord, the capitalists go on the offensive, using all the trump cards that this spontaneous protest gave them.

Only a strong and organized Communist Party, which does not exist in the United States today, can do real damage to American capitalism. Consequently, all such protests are doomed to failure and will be used by the bourgeoisie as political games.

Ctrl Enter
Noticed oshЫbku Highlight text and press. Ctrl + Enter
We are
“Second Syria”: what Lavrov does in protest Iraq
The Arab Spring is approaching Algeria: what should Russia do?
Reporterin Yandex News
Read Reporterin Google News
3 comments
Information
Dear reader, to leave comments on the publication, you must sign in.