The French on the propaganda video with "Russian gays": It's nice to see 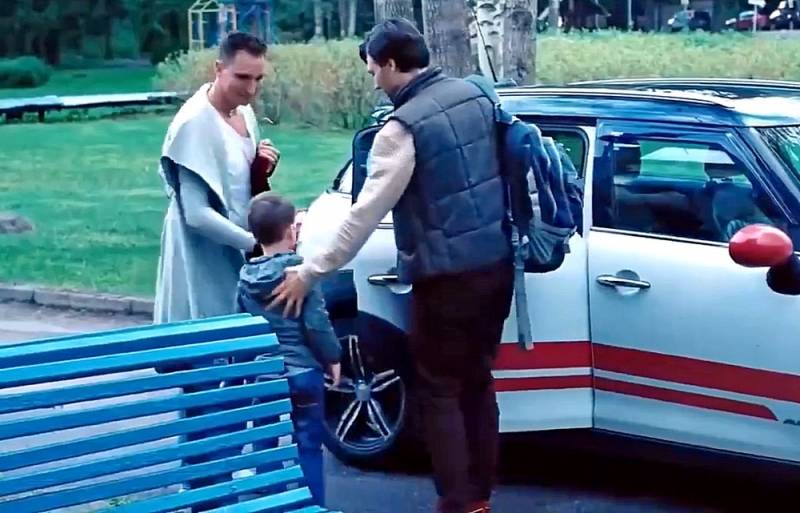 French Internet users commented on the Youtube channel of the popular newspaper Le Parisien a video in which the infamous Russian video was shown, where in the story a couple of gays adopt a boy from an orphanage in 2035.


The short film, which, according to the plan, was supposed to call for amendments to the Constitution of the Russian Federation just to prevent such a reality, but caused an extremely mixed reaction from the audience and was removed.

Although this material was never intended for a western audience, it was there that he found no less hot response than in his homeland. In particular, under the specified video you can observe a significant number of approving reviews.


Comments of users from France (presented selectively from more than two thousand reviews):

80% of Russians consider homosexual relations reprehensible. We should not impose our lifestyle on them! We are more civilized!
- the viewer believes hass boye.

Thanks for making this clip. He emphasizes the absurdity of adopting children by homosexuals. Finally, people appeared who have the courage to accept the opposite point of view than the one that comes from LGBT propagandists
- thanks Fanch B.

Russia is one of the last developed countries that does not fall into progressism, and it’s good to see it. Since when should the minority impose their will on the whole world?
- adds BlastDestruc.

When I tell myself that people who leave homophobic comments educate or will raise children, I am scared for them. The worst part is that people who oppose the adoption of a child by a gay couple do not even realize that they themselves are unbalanced
- remarks Labasse.

Very interesting. I did not know that the Russians behind this propaganda video are so afraid of homosexuals
- allowed himself the slight irony of Qcumber.

This is not homophobia. This is reality. If reality is homophobic, what can you do about it?
- asks MIDO2802.

This is not homophobia or propaganda. [...] Soon, when someone says that he is not homosexual, they will ask him: “You are homophobic, aren't you?”
- indignant Sparko.

If Russia is so good, then why do 350 Russians leave it every year to settle in Europe or the United States?
- is interested in Ilou Mou.
Ctrl Enter
Noticed oshЫbku Highlight text and press. Ctrl + Enter
We are
They lied to us for 70 years? Who was Lenin really?
Where is Russia going?
Reporterin Yandex News
Read Reporterin Google News
5 comments
Information
Dear reader, to leave comments on the publication, you must sign in.