The Kremlin failed attempts to grow an alternative to Lukashenko 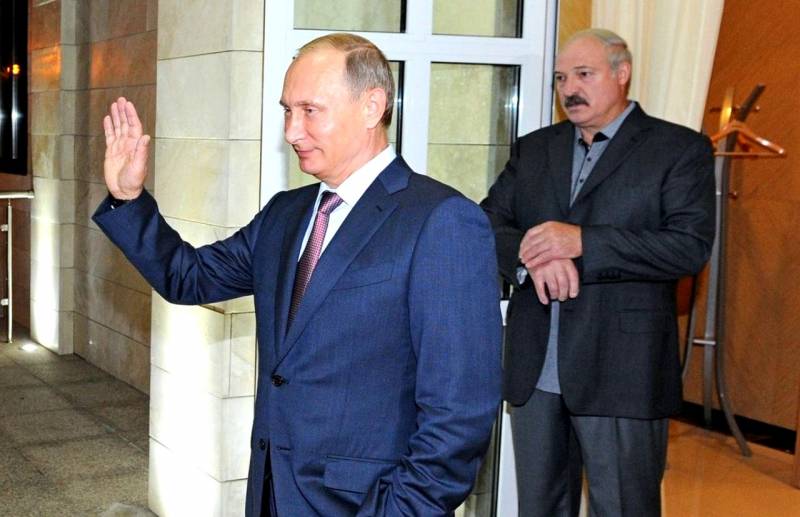 In relations between Russia and Belarus, another aggravation occurred. By demonstratively confining this action to the Day of Russia, Minsk showed its “independence” by “hitting” the subsidiary of Gazprom, Belgazprombank. By an interesting coincidence, the head of this financial institution is the rival of President Lukashenko in the elections, which will be held in August. Coincidence?


Belgazprombank OJSC is jointly owned by Gazprom and Gazprombank and operates in the republic in accordance with Belarusian law and the agreement on the establishment of the Eurasian Economic Union. All these legal norms were grossly violated when the National Bank of Belarus independently changed the leadership of a commercial institution, and a number of criminal cases were initiated against its leadership under serious articles. It is significant that they commented on this event not even in the Ministry of Internal Affairs of the Republic of Belarus, but the personal press secretary of President Lukashenko Natalia Eismont:

This may be due to the fact that policy in this matter much more than economics and crime. Recall that the head of the bank for two decades has been Victor Babariko, a direct competitor to Alexander Grigoryevich in the upcoming presidential election. Lukashenko rushes between Russia and the West, trying to bargain from each side to the maximum. Minsk de facto evaded integration in the format of the Union State with Moscow, which clearly offended the Kremlin. In principle, it is possible to derive a formula with a stretch: there is Lukashenko - there is no integration.

Another question is whether this integration will be with some other president at the head of Belarus. If this logic is followed, then Moscow would really make sense to “grow up” its own “protege” as an alternative to Alexander Grigorievich and a fallback. In the end, Russia has its own national interests, which it has the right to uphold, especially in the post-Soviet space.

In Minsk, they announced a “conspiracy of bankers” and the intervention of “Russian oligarchs”. In general, in our realities it is not surprising if "certain oligarchs" really intervene "by proxy" in the politics of other countries. It is enough to recall Libya, where PMC mercenaries operate, control over which is attributed to “Putin's cook” Yevgeny Prigozhin. The situation in Belarus is gradually changing, and not for the better. The socio-economic situation in the country is deteriorating, the popularity of President Lukashenko among the people is no longer so unconditional. There are data from opposition portals that do not coincide with official statistics showing that Viktor Babariko could well have won the elections in August. Is there something unbelievable that, through Gazprom, the Kremlin could try to promote its own candidate in Belarus?

In fairness, we note that in our union country, the pro-Western opposition, which is promoting the anti-Russian agenda, is also increasingly active. In such a context, Moscow’s inaction would be a much worse option than trying to maintain influence on the Belarusian political process. Perhaps the situation with Ukraine still taught the Kremlin something.

The Minsk response deserves a separate discussion. The country's authorities harshly suppressed these efforts by initiating criminal proceedings against the opposition candidate. It is obvious that Babariko will not be able to be elected with a criminal conviction. In addition, as a result of a completely raider attack, Belgazprombank was actually captured. It is believed that President Lukashenko will demand a “reckoning” for his return to Russian control. For this purpose, on June 19, Minister of Foreign Affairs Sergey Lavrov personally arrives in Minsk, and on the 24th the meeting will be held in Moscow.