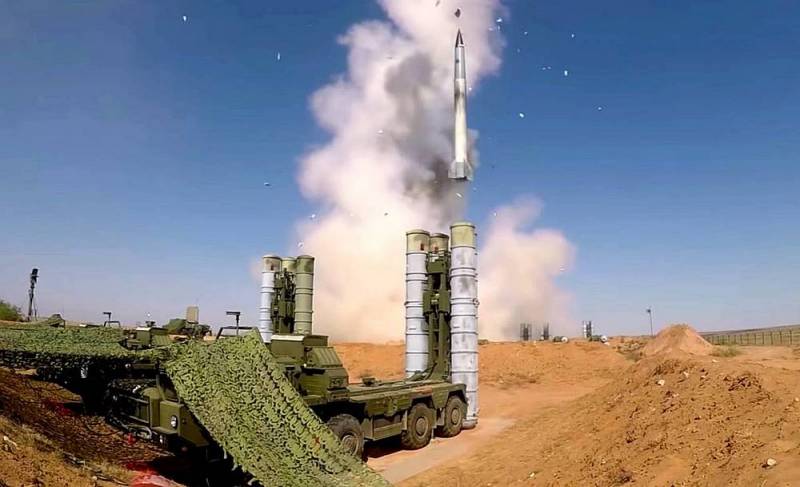 The Americans are not abandoning attempts to force other countries, including their allies, to abandon the acquisition of Russian weapons systems. First of all, it concerns the S-400 Triumph anti-aircraft missile systems. About this writes the magazine The National Interest.


The products of the Russian military-industrial complex have always been in demand on the world market, making tangible competition to the Americans. Recently, however, a whole lineup of customers has been lining up for weapons from Russia. This is due, inter alia, to the loss of the US dominant position in the world, which inevitably affects the arms market.

A good example is the desire of Turkey and Qatar to acquire Russian S-400 air defense systems in order to protect themselves not only from possible enemies, but also from today's allies. Ankara has already received the first set of anti-aircraft system and will soon put it on combat duty, even despite endless warnings from Washington.

Doha (the capital of Qatar) is also negotiating with Moscow on the purchase of these modern complexes. The emirate needs them to protect themselves from Saudi Arabia, which until recently was his friend. The current situation will inevitably hit US interests in the region, because both Turkey and Qatar are strategically important states in the context of Washington’s interests in the Middle East.

However, the desire of the countries to purchase modern Russian air defense systems indicates another indisputable fact. Russia, which was traditionally called the “gas station country”, has not been such for a long time. This is a technologically developed state with a scientific base and production facilities. US allies prefer Russian-made anti-aircraft systems, which indicates their quality.

Not the last role in this process is played by the failure policy Washington, spreading "democracy." States see this very well and begin to look for other centers of power in order to protect themselves from possible retaliation from yesterday’s ally.

If the United States does not stop pushing for itself through pressure, it will continue to lose its influence in other regions of the world.
Ctrl Enter
Noticed oshЫbku Highlight text and press. Ctrl + Enter
We are
Nowhere without Gazprom: Ukraine will not replace Russian gas with Qatari LNG
Turkey responded to reports of abandonment of S-400
Reporterin Yandex News
Read Reporterin Google News
Information
Dear reader, to leave comments on the publication, you must sign in.