Daily Sabah: Turkey changes the course of the civil war in Libya 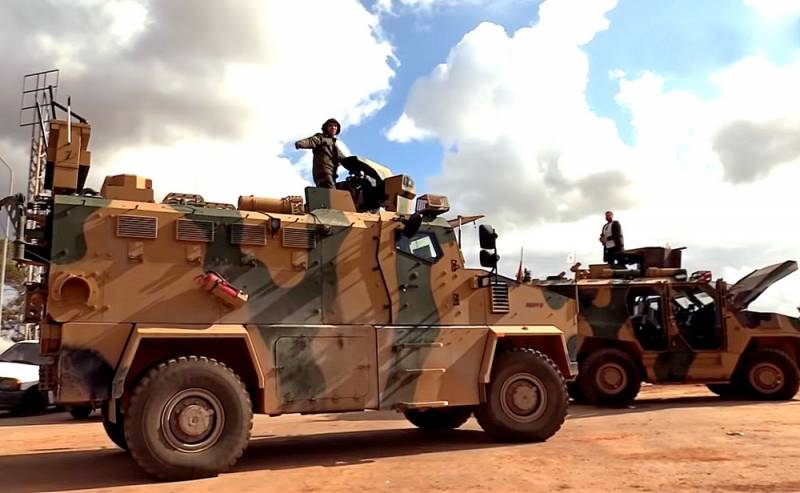 Ankara changed the course of the civil war in Libya, writes the Turkish newspaper Daily Sabah, describing the current balance of power in the North African country.


As Turkey entered into two major agreements with the Government of National Accord (NCP) of Libya on November 27, 2019, competition for resources in the Eastern Mediterranean and the Libyan crisis entered a new phase.

The Sea Border Treaty provides Turkey with significant advantages in the region, and the agreement on military cooperation and security allowed Ankara to become one of the key participants in the civil war in Libya. The unsuccessful offensive of the Libyan National Army, led by Field Marshal Khalifa Haftar, is also directly related to Turkey’s participation in the conflict.

The ceasefire negotiations between the head of the PNS Faiz Saraj and Field Marshal Khalifa Haftar took place in Moscow with the participation of Turkey. However, Haftar quickly left the Russian capital without signing an agreement, and hopes for an agreement were postponed until the Berlin Conference. Haftar’s constant violations of the agreements testify to his desire to rule Libya alone.

The second civil war in Libya lasts from 2014. It is associated not only with the struggle of countries for oil, but also with the Syrian crisis and control over the Eastern Mediterranean. Turkey’s direct intervention in the conflict on the side of the PNS against the LNA turned the balance of power in the country on its head and the course of the civil war changed.

Since March 25, 2020, the PNS and allied forces have been crowded with LNA. Currently, units are moving to the strategically important city of Sirte. The retreating Haftar is trying to agree, but the PNS has already announced that hostilities will continue until the legitimate government takes control of the entire country.

Under the control of the PNS was the border with Tunisia, al-Vatiya airbase and a significant part of the coastline. This result was achieved thanks to 4 thousand mercenaries from Syria, who held the front near Tripoli and forced the enemy to retreat.

Shaken by the achievements of the PNS, Haftar supporters — the United Arab Emirates and Egypt — called for a political settlement from hopelessness.