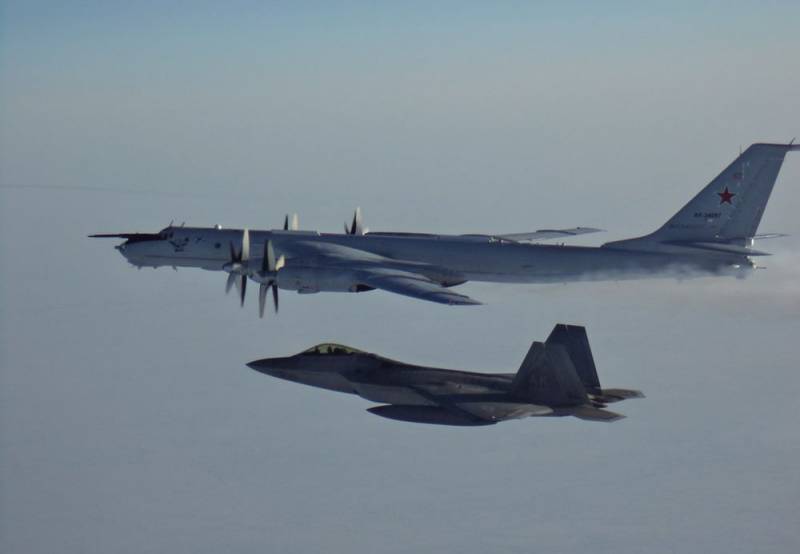 On the morning of June 10, 2020, the US Air Force intercepted two groups of combat aircraft of the Russian Aerospace Forces off the coast of Alaska, which came as close to the US borders as possible. This was informed by the American media command of the aerospace defense of North America (NORAD).


The report notes that the Alaskan Air Defense Identification Zone is US-defined airspace that extends 200 miles (almost 322 km) from the coastline and is monitored in the interests of national security.

It is clarified that the first Russian air group included two Tu-95MS strategic turboprop strategic bomber missiles, a pair of Su-35 multipurpose super-maneuverable fighters and an A-50 long-range radar detection and control aircraft. This group came closest to US airspace — 8 miles (13 km, less than 1 minute flight).

The second group of Russian aircraft included two Tu-95 and one A-50. They flew in international airspace at a distance of 34 miles (63 km) from US airspace.

It is emphasized that the Russian aerospace forces did not cross US airspace. The Russian Ministry of Defense has not yet commented on this information.
Reporterin Yandex News
Reporterin Yandex Zen
2 comments
Information
Dear reader, to leave comments on the publication, you must sign in.