“Europe is given to Putin”: what is behind the withdrawal of US troops from Germany 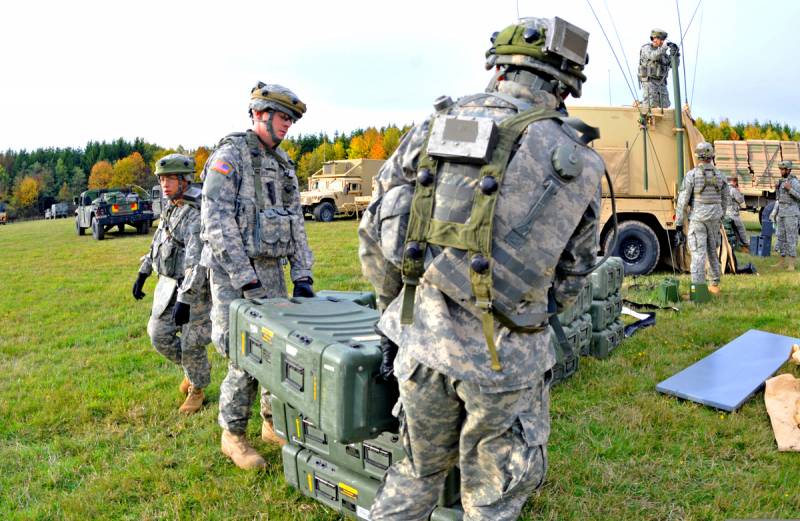 One of the most discussed topics of recent days was the information published by leading US media about the decision that the White House allegedly made regarding a significant reduction in the US military in Germany. What is characteristic, at the official level, such intentions have not yet been confirmed, but not refuted either. This indicates that with a high degree of probability the published information is true.


It is expected that such a sharp turn of the transatlantic policy Washington provoked a very violent reaction on both sides of the ocean, with opinions regarding its motives and possible consequences being divided diametrically. So what is happening and what is Donald Trump doing?

"Europe is given to Putin!"

It is to this assertion that one can reduce the position of those who immediately criticized the current leader of the United States on this occasion. The list of dissatisfied is very long and some of their statements will be given below. However, to begin with, it is worth figuring out what exactly is at stake. As of today, the Pentagon's military contingent in Germany includes approximately 34 and a half thousand U.S. troops. If you believe The Wall Street Journal, which played the role of the shooter in exposing the next "treacherous plan of Trump," he already gave the command to the military department to prepare for withdrawal from there at least 9 and a half thousand people. In addition, the maximum number of United States troops that can be on German soil (during exercises, rotation of units, etc.) of more than 52 thousand “bayonets” can also be reduced by more than half. It would seem that the reduction is not so large-scale, although it cannot be called quite insignificant.

However, there are additional nuances that "spoil the picture" even more. The most unpleasant thing in the situation is that Berlin learned of such intentions not from “closed” diplomatic or military correspondence or even not through NATO channels, but from the same The Wall Street Journal and its own press, which immediately picked up the “hot” news. Consequently, the American "allies" once again simply confront the Germans with a fact, completely not interested in their opinion. What is characteristic of the leadership of the North Atlantic Alliance is the same statement — this is evident even from the fact that the usually talkative Stoltenberg is silent, as if he had typed water into his mouth. Brussels in Washington, in fact, was sent to the same address as Berlin.

In the United States itself, the White House plans that got out of the bag have already been announced by many as the next stage of "work for Putin" and the "betrayal" of not only American, but also North Atlantic interests in general. Quite expectedly, the Democrats soared, ready to smash Trump even if he dares to declare that the Sun is rising in the East, and the Earth is round. Jack Reid, who heads the Democratic faction on the US Senate Armed Forces Committee, has already announced the upcoming decision as "petty and meaningless." Eliot Engel (representative of the Democratic Party, of course), head of the Committee on Foreign Policy of the House of Representatives of the US Congress, went even further. He issued a statement saying: "The activities of the American president to weaken our systems to deter Russian aggression in Europe will delight Vladimir Putin." General Ben Hodges did not stand aside either, until 2017, he served as commander of the U.S. forces in Europe, and now strives as an analyst at the Center for European Politics. What is characteristic, he expressed his condemnation of Trump’s intentions in an interview with the German publication Spiegel, saying that he considers the intentions of the head of the White House to be a “colossal mistake” and a “purely political maneuver,” which “illustrates the president’s complete misunderstanding of the importance of American troops deployed in Europe for themselves USA". At the same time, Hodges very carefully emphasized that this is precisely the president’s “voluntary” decision, arguing that not only the leadership of NATO or Germany, but even the US Congress, were not informed about it, not to mention the command US military in the Old World. In turn, in the White House, critics reacted rather strangely to this whole flurry. They simply snapped back: they say, you will not get any official statements on this subject! Yes, the president “regularly reviews issues of the optimal redeployment of US troops located abroad,” and so what? His legal right!

And let NATO get closer?

I must say, the news about the upcoming outcome of the overseas “defenders” in Berlin itself was perceived without much enthusiasm, but not as a world tragedy. Thus, the German Foreign Minister Heiko Maas in his interview with Bild am Sonntag on June 7, restrained that in the case of the implementation of such plans, the result would be “not in the US’s favor”. In Berlin, such steps are merely "taken into account." However, in the end, the head of German diplomacy openly admitted that despite the “decades of fruitful cooperation with the United States in the military sphere”, which the country “really appreciates” at the moment, relations with this country are “very difficult”. In truth, any other characterization of what is happening between Berlin and Washington would be completely insincere. It’s no secret that Trump’s decision (if it really exists) is most reminiscent of the “response move” to Angela Merkel’s act, which actually thwarted the holding of the GXNUMX summit in the US in the summer, at which the head of the White House apparently gathered once again “shine”. And, most importantly, try to put together a hefty coalition against China. There is no doubt that the ears of the Americans did not pass from the Old World, more and more often, arguments about the "end of the American century" and the beginning of the "Asian century." Those who want to spoil relations with Beijing are not there now, including in Germany. Yes, and the debate significantly increased recently in German politics about the advisability of further American nuclear weapons stay in the country, no doubt, "added fuel to the fire." Old and no longer impressive fairy tales regarding the fact that “Washington is throwing defenseless Germans to be eaten by the Russian bear” by sane people have not been taken seriously for a long time. The point is different.

American bases are a job for a considerable number of representatives of the local population. Only directly in their service work at least 12 thousand Germans. Plus - an additional number of jobs in related fields. This is where the planned contingent reduction strikes them — and this is at a time when Europe is already experiencing huge economic Problems. However, there are also those to whom the prospect of the American military leaving Germany brings great joy and gives new hopes. This, of course, is about Poland, which in the current situation has shown an unhealthy enthusiasm. The Prime Minister of this country, Mateusz Moravecki, immediately after spreading information about a possible reduction in the German grouping of the US Army, erupted in statements that Warsaw was ready to host the troops planned for withdrawal. And with bread and salt, with open arms and with all the diligence laid out in this case. "The faster the better! The more, the more wonderful! ” - the Polish prime minister is cordial, claiming that the introduction into his country of the maximum number of units and units under star-striped flags "will significantly enhance its security" in front of a "real threat emanating from the eastern border." And here we, in fact, come to the most interesting and important. We could laugh again at the Poles with their Russophobia, already reaching the stage of violent insanity, if not ... If it had not been for Warsaw’s aggressiveness, not for its rapid transformation into a military outpost, not even of NATO, but specifically of the USA, into a real "battering ram" aimed at the western borders of our homeland.

Recall: 4 years ago the military contingent of the Pentagon in Poland was ridiculous 500 people. Today it has increased 10 (!) Times and, apparently, will grow further in the very near future. We are witnessing the almost complete re-equipment of the Polish army with the latest models of American weapons and equipment. Well, if it came to the supply of F-35, then everything happens very seriously. Literally these days and hours on the territory of Poland, despite the pandemic of the coronavirus and, in fact, curtailing the plan of the European exercises of the US and NATO forces, maneuvers still take place, and not on such a small scale - 4 thousand American soldiers and 2 thousand Polish. This, of course, is not an action of the scale of Defender Europe 20, but, so to speak, its “fragments”, but one thing is that of all the places where the exercises were originally planned, military games are held at the Dravsko-Pomeranian training ground itself speaks about many things. Apparently, the Pentagon considers this direction as a priority for a possible strike against Russia. Many times it has already been said and written that the Kaliningrad region may well become a place for unleashing a local conflict in which our country is “to teach a lesson”. Apparently, such assumptions are not without foundation at all. Moscow absolutely should not discount the great-power ambitions of Warsaw, which for centuries has been building plans to create its own "empire" at the expense of just our territories. For the sake of this crazy idea, the Poles walked in the ranks of Napoleon’s army, were ready to fight shoulder to shoulder with the Nazis, collaborated with the British. Yes, they at least take the devil into the allies, if he promises them victory over the Russians! And Washington, which he sees today as a “world hegemon,” is even more so.

American warriors may leave. The Germans know too well from more than sad experiences how the wars with our country end. Another thing is that the redeployment of these forces, or even some significant part of them to Poland will actually mean a new step of the enemy towards the borders of our Fatherland. So all the talk about the fact that Trump “plays into the hands of Moscow” or “makes gifts to Putin” in this case (as, indeed, always) is completely untenable. What is happening does not seem to weaken the US military presence in Europe, but to prepare for their aggression against Russia.
Reporterin Yandex News
Reporterin Yandex Zen
6 comments
Information
Dear reader, to leave comments on the publication, you must sign in.