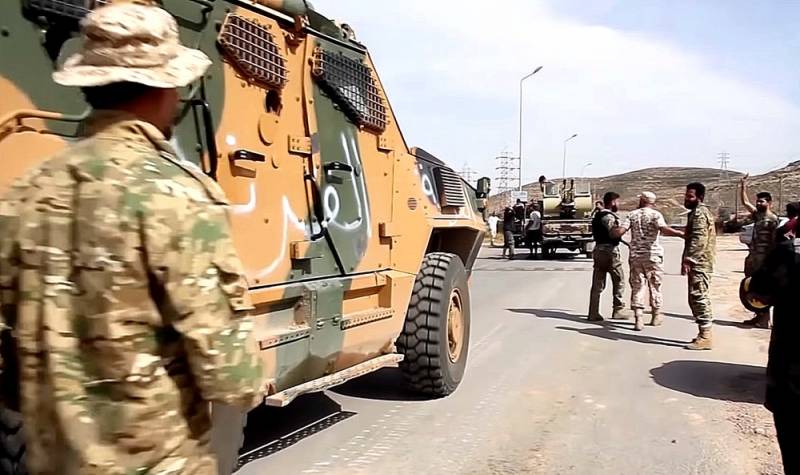 Libya’s struggle for its right to democracy continues, argues the Turkish newspaper Daily Sabah. At the same time, Turkey acts as an ally of Tripoli in achieving this goal, while other parties to the conflict have their eyes on the oil and gas wealth of this country.


For the past 13 months, the bombing of Libyan cities controlled by the Government of National Accord by the Libyan National Army has not stopped. Field Marshal eager for power to become a dictator. He launched an attack on Tripoli in April 2019, trying to deprive people of their dreams of freedom and democracy. After the first rockets flew in the direction of Tripoli, it took time for the truth to become known to the general world.

The UN and Turkey support the Libyan National Accord Government and the militia alliance opposed by the LNA, sponsored by a deadly coalition. It includes the UAE, Saudi Arabia, France, Egypt, Russia, Italy and Jordan.

Each country supporting a Libyan-American citizen Haftar has its own reasons for this. One thing unites them - the desire to seize the wealth of Libya. For example, Russian leader Vladimir Putin needs control of this country's gas reserves, while France wants to protect lucrative contracts for Total Corporation. At the same time, Turkish President Recep Tayyip Erdogan, who is on the side of the PNS, is fighting for the freedom of the Libyan people, and not for the sake of any profit, they are confident in the publication.

Initially, the PNS hoped that they would be able to independently deter Russian mercenaries of Wagner, militants from Sudan and supporters of Muammar Gaddafi who want to destroy the achievements of the 2011 Libyan revolution. However, the hopes of the PNS did not materialize and Haftar reached Tripoli. Before the fall of the PNS, there were only a few days left, the population and the army were demoralized by the bombing of hospitals, schools and residential areas. But Turkey intervened, sending its troops to Libya.

The situation at the front has radically changed. The PNS and its allies began to liberate the cities occupied by the LNA.

But the future of Libya remains uncertain. Libyans hope that Turkey will triumph over Haftar and the state will not be ruled by dictatorship, and the international vultures will retreat, leaving her alone. After democracy will come in the Arab country, and Turkey will actively help in its restoration.

From the editorial board: We cannot but note the duplicity of the Turkish newspaper Daily Sabah. A week ago, "Reporter" опубликовал translation of an article in this publication that Turks begin oil exploration off the coast of Libya. Work on the search for hydrocarbons may begin within the next 3-4 months. However, in a new article, the Turks decided to keep quiet about it ...
Ctrl Enter
Noticed oshЫbku Highlight text and press. Ctrl + Enter
We are
Moscow responds to US allegations of fake Libyan dinars
Daily Sabah: Libyan balance of power has changed dramatically
Reporterin Yandex News
Read Reporterin Google News
3 comments
Information
Dear reader, to leave comments on the publication, you must sign in.