"Riot of the Generals": Why the US Army has ceased to obey Trump 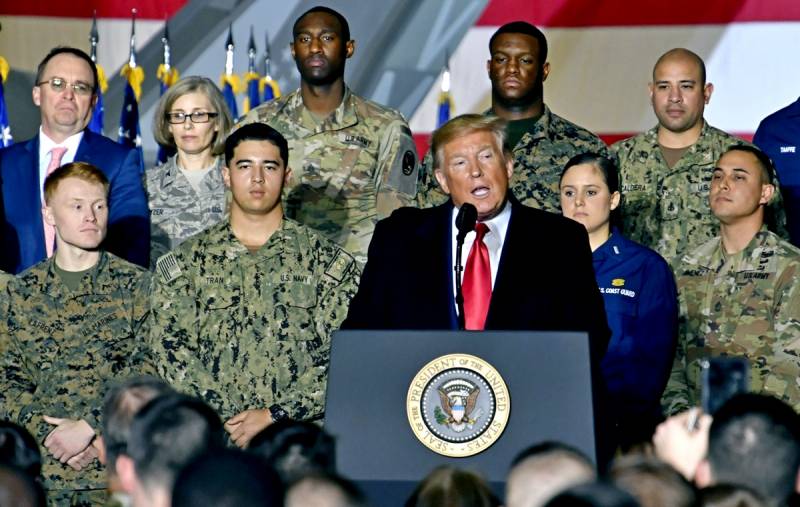 Political The crisis in the United States is exacerbating right before our eyes. The loyalty of the army, or rather, its command, on which President Trump counted so, as the last argument to pacify the mass protests, was called into question. For the head of the White House, this is a very serious “bell”.


Riots and looting in the United States do not stop, while the regional authorities are not too actively fighting them. Donald Trump directly threatened to use the armed forces against the rebels and "quickly restore order." Indeed, the American president has the right to use the army against his people.

The head of state has such powers within the framework of the "Law on Rebellion", adopted back in 1807. There are precedents. For example, in 1967, when African-Americans were also called blacks, and their places of compact residence were ghettos, the usual police raid aimed at closing the illegal bar in Detroit ended in massive armed clashes with local residents. Even the National Guard could not cope with the blacks, therefore, at the request of the state governor, a heavy airborne division was sent to pacify them technique. Tens died, thousands suffered. The following year, similar events repeated in Chicago, Baltimore and Washington.

Another “triumph of democracy” happened in the USA in 1992, right after the victory in the Cold War over the “evil empire”, the USSR. The cops in Los Angeles beat the black bully Rodney King with batons, leading to massive protests among the African American population. The crowd stormed the police headquarters, the main city of California burned for a week, fires destroyed about five thousand buildings. All these events overlapped on the overall economic crisis and high unemployment, as in our days. To pacify the rebels, the National Guard, paratroopers and marines were again involved. Dozens died, more than two thousand people were injured.

In general, to rephrase the Pepsi generation interviewer Yuri Dudya, "Los Angeles (Detroit, Baltimore, Washington, Chicago) is the birthplace of fear." Okay, these are all jokes, let's go back to 2020. So, we found out that President Trump has the legal right to use the army and heavy armored vehicles against his people and “roll the liver on the asphalt” to the protesters. But it can’t.

The last thing the country and the armed forces need right now is American soldiers, who, by the will of the president, attack American citizens.

Perry echoed to him:

Unusual peacefulness for generals, but they can be understood: they are both closely connected with the Democratic Party, built their careers under Bush Jr. and Obama. But much worse for Republican Donald Trump is that he was opposed by his own creations. Already dismissed by him, the former Pentagon chief “Raging Dog” Mattis supported the protesters, accusing the president of trying to divide his own people. Even the current Minister of Defense Michael Esper openly spoke out against the use of the army under the "Law on Rebellion," ordering the withdrawal of some of the National Guard from the suburbs of Washington. True, after calling “on the carpet” to the White House, he canceled his order ...

This "general rebellion" puts Trump in an extremely sensitive position. On the one hand, if he, with the help of the military, restores order with an iron hand, then in the eyes of his nuclear electorate he will prove himself a strong president who can be trusted with the future of the country. On the other hand, all the "shoals", destruction and human casualties, which inevitably happen, will be used by the Democrats against Trump himself on the eve of the election. It would seem that this is an excellent reason to “jump off the topic”, but this can also play against the president, since he will show that even his own army is not obeying him. Who needs such a president-loser?

In general, political opponents drove Donald Trump into a trap from which there is no easy way out. Objectively, such a frank fronts to the head of state in the power structures indicates a deep crisis in the United States, which can be considered another step towards a possible civil war because of the civil strife of the American elites, about which we told the day before.
Ctrl Enter
Noticed oshЫbku Highlight text and press. Ctrl + Enter
We are
Wars on distant approaches: Russia has already begun to act
Ten "defeats" of Putin
Reporterin Yandex News
Read Reporterin Google News
11 comments
Information
Dear reader, to leave comments on the publication, you must sign in.