Rivalry with the United States: Russia is ready to adapt the Su-35 to NATO 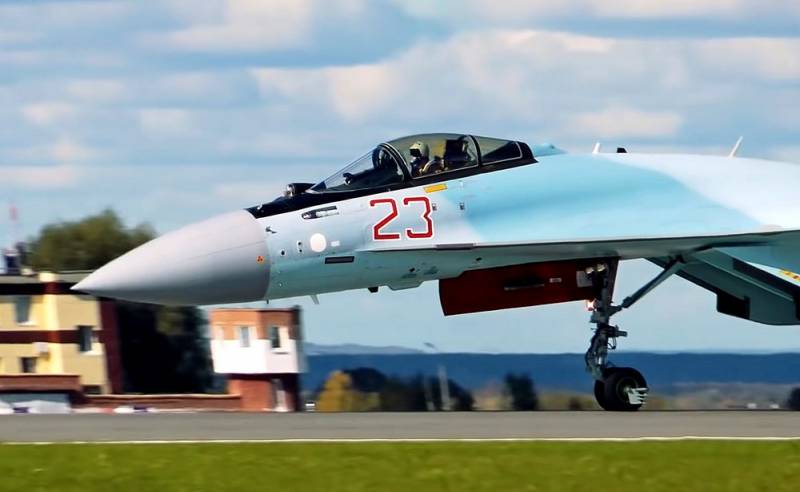 Russia and the United States are long-standing competitors in the global arms market. US manufacturers hold their share with tricky tricks like technical standardization. But now the domestic military-industrial complex is ready to take a radical step, having adjusted its Su-35 fighters, sold for export, to NATO avionics standards.


What are the pros and cons of this approach?

The reason for talking on this topic was given by Mahathir Mohamad, the former Prime Minister of Malaysia, who revealed to the ignorant many interesting nuances regarding the purchase and acquisition of American military aircraft. The former head of state said that Malaysia, which owns the F-18 Hornet fighters, which cost her quite a lot, actually does not have the opportunity to reprogram them, since control is still in Washington’s hands:

You must contact the United States to post a program for any raid on foreign countries, for example ... We can only fly them at an air show. We cannot use them to deal with any other country, because we will not get the source code.
Moreover, it turns out that the Americans are demanding an explanation from their customers regarding their purchase of ammunition for the aircraft they have already bought. Amazing frankness policy inevitably, many buyers of US defense products, as well as participants in joint arms production programs, should think. The question is, why do we need such a weapon that can only be used with the approval of Uncle Sam?

For such statements on a retired politician of a very respectable age, the press has already labeled a not quite adequate person. But there is a rational grain in it. It is no secret that the United States restricts competitors' access to their traditional markets due to narrow technical standards. Poor states, such as Malaysia or Indonesia, if they acquire both American and Russian combat aircraft, are forced to simultaneously maintain two sets of control infrastructure, which is unprofitable and inconvenient to operate. It is problematic to refuse persistent arms sellers from Washington, so you have to choose some supplier as the main one.

Many foreign customers were previously interested in the possibility of adapting Russian aviation to NATO standards. And finally, Rosoboronexport expressed its readiness to do this for Indonesia in relation to the batch of Su-35 fighters. The famous American publication Military Watch responded to the message, confirming that this step will simplify the deal with the island state. How should you relate to this information?

On the one hand, the adaptation of Russian military aircraft to NATO avionics standards will seriously expand its sales markets due to the lower cost of domestic aircraft compared to American ones. On the other hand, in the future, the Su-35, excellent 4 ++ generation fighters, which will be used by potential enemy pilots both for training purposes and during a possible conflict, may appear in the NATO Air Force.
Ctrl Enter
Noticed oshЫbku Highlight text and press. Ctrl + Enter
We are
Norwegian army intends to use ultra-small UAVs FLIR Black Hornet
The US is trying to bend Russia under itself in a grand project
Reporterin Yandex News
Read Reporterin Google News
1 comment
Information
Dear reader, to leave comments on the publication, you must sign in.