Turkey has already won the war for Libya: what options remain with Russia 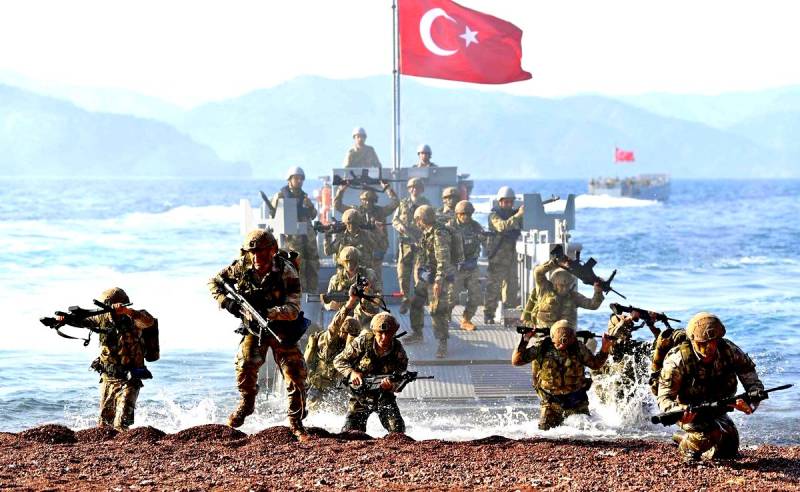 After Turkey’s direct intervention in the war, the situation in Libya has changed dramatically. "Friend Recep" did the same trick in Tripoli as the Kremlin in Syria, officially supporting Damascus. And, apparently, it is Ankara that will be the main winner following the results of the next redistribution of Libyan territory.


What now remains to be done by our country, which, in an indirect form, has been drawn into a war over the three seas?

Ankara, appreciating the rather successful Syrian experience of Russia, went the same way, sending its troops, as well as a “proxy”, to Libya at the official invitation of the Government of National Accord (PNS), based in Tripoli. From this moment, you can begin the countdown of Field Marshal Khalifa Haftar and the international coalition behind him. Despite the combined power of these states, it is now worth recognizing that they all lost.

LNA Haftar is supported by several countries at once. Egypt fights “on distant approaches” against the appearance of Islamists on its borders. Saudi Arabia and the UAE finance the field marshal’s army in order to drive out the Muslim Brotherhood from Tripoli. France is not averse to squeezing Italy out of its former colony in order to further strengthen itself in northern Africa. The Russian leadership clearly sympathizes with Haftaru, and if he came to power, he could count on gratitude and a number of profitable contracts for oligarchs close to the Kremlin.

And now they all lost. Despite their strength, there is no unity between them, and they cannot directly speak on the side of the field marshal against the government officially recognized by the UN in Tripoli. All that remains for them is financing, the supply of weapons, the help of military instructors, and a few detachments of mercenaries. Of the recent "creative" - ​​sending to Libya "unknown aircraft", which we detail told earlier. The idea, to be honest, is not the best, since it is guaranteed to lead to an escalation of the conflict. The fact is that Turkey made a serious bet on Tripoli.

At first, control of fields and the coast gives Ankara access to Libyan hydrocarbon reserves that are easy to ship to the European market.

SecondlyPresident Erdogan got Saraj to sign a memorandum on the separation of marine zones and continental shelves in the Eastern Mediterranean, thanks to which he received a huge piece of its water area and put a “shield” on the pipelines to Europe bypassing Turkey.

Thirdly, gaining a foothold in Libya, Ankara took control of all the main flows of migrants from Africa and the Middle East to the territory of the European Union, due to which it received a serious tool of political pressure.

Finally, this is the triumphant return of the Turks to the next former province of the Ottoman Empire, which will add points to Recep Erdogan.

Together, this means that Ankara Tripoli will not surrender in any case. The PNS is recognized by the United Nations, which means Turkey has the right to build up its military group there as arbitrarily as possible. In this context, the transfer of “unknown aircraft” to Libya actually plays against Haftar himself, since in response the Turks can deploy their own fighter aircraft and air defense systems in North Africa, declaring a no-fly zone over the territory of Libya. And they will be right, by the way. For legally.

Let's call a spade a spade: Turkey won, because international law and the possibilities to legally increase its grouping are incomparably higher than that of the whole coalition that stands for Haftar. Yes, together they can create problems for the Turks, but Ankara needs to strengthen Tripoli and ensure personal security for Saraju to remain on the horse, realizing their own interests. What options then remain for Russia?

For example, you can recognize that betting on field marshal a bit, fix losses and leave Libya, focusing on other problems. Then it’s worth stopping the “pinching” of the Turks so that, if necessary, they do not worsen relations with them. You can, on the contrary, aggravate, but then you need to think about how to solve the problem of taking Tripoli by small irregular forces, since the key to Libya lies there, and President Erdogan sits on it, on whose side is international law and a regular army. Finally, you can make an original feint: remember that Moscow recognizes the Saraj government, and begin to “wet” its former secret coalition partners with Turkey, gaining in return domestic business access to a number of projects.
Reporterin Yandex News
Reporterin Yandex Zen
52 comments
Information
Dear reader, to leave comments on the publication, you must sign in.