The question is closed: Ukrainian Cyclone-4 will not fly anywhere 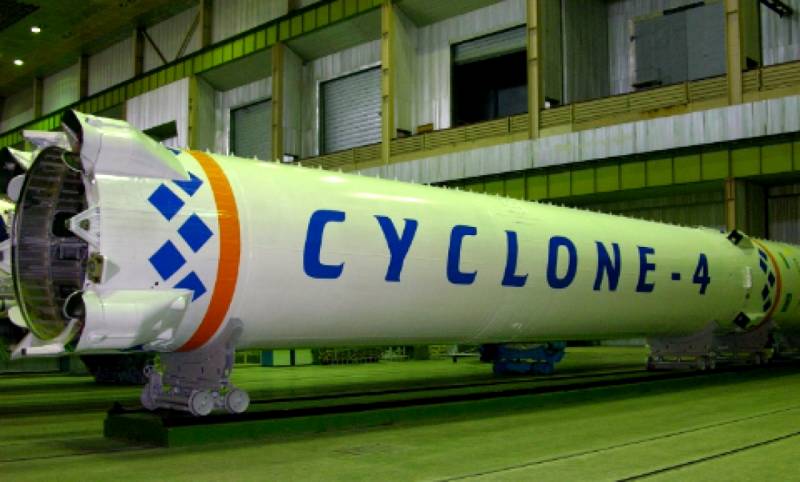 The Ukrainian light rocket Cyclone-4, which was developed and built by the GKB Yuzhnoye and Yuzhmash for the past 15 years, will not fly anywhere. At least this opinion is shared by the head of the State Space Agency of Ukraine Vladimir Usov.


In an interview with LB.ua, the functionary spoke about the main difficulties that, in his opinion, would not allow the implementation of a “long-playing” project. Despite the fact that on the eve of Usov signed the last additional agreement to create a flight model of the rocket before the end of the year, he doubts that the carrier will fly somewhere.

Firstly, in Ukraine there simply is no cosmodrome from which a new launch vehicle could be launched. Secondly, the engines of the first stage operate on a mixture of heptyl-amyl, which today is no longer used because of its "non-environmental friendliness". As a result, according to Usov, the billion dollars into which the Cyclone-4 project "poured" was wasted.

The only consolation in this situation is that the achievements of the 861 propulsion system in the future can be used for the third stage. According to Usov, such an engine is suitable for space, since the issue of harmful emissions outside the atmosphere of the earth is no longer relevant.

We want to use this as our asset for future projects.
- summed up the functionary.
Ctrl Enter
Noticed oshЫbku Highlight text and press. Ctrl + Enter
We are
New Glenn Rocket: A Media That Could Crush Ilona Mask
Russia will give “Ukrainian space” a little more
Reporterin Yandex News
Read Reporterin Google News
3 comments
Information
Dear reader, to leave comments on the publication, you must sign in.