"Unknown Aviation" began to fight with the Turks in Libya 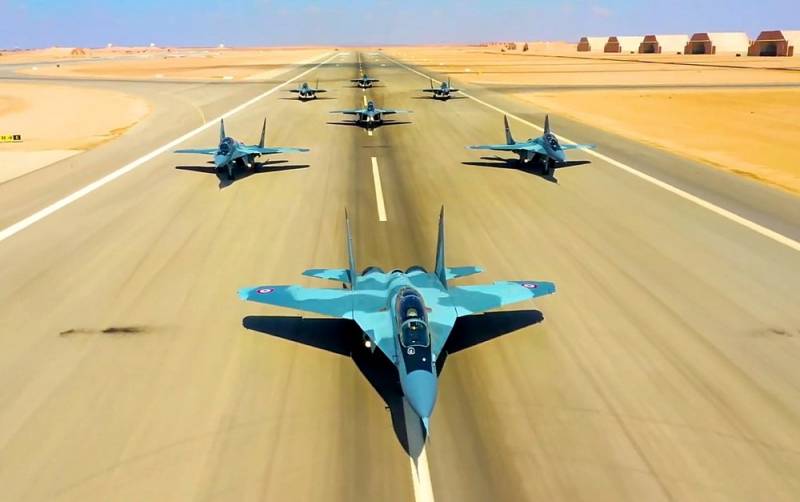 As the classic said, if a gun hangs on the wall in the first act, then in the last it should shoot. The last act in the Libyan war is still very far away, but barely appearing there, "unknown aircraft" of Russian production has already begun to operate. MiG-29 fighters launched a series of airstrikes on a Turkish cargo ship with weapons and a frigate of the Turkish Navy, which sharply raised rates.


Also seen the transfer to Libya of an international contingent of mercenaries. Apparently, another full-scale war begins in North Africa, in which a wide international coalition will again be involved.

Around the Libyan campaign there is a lot of "information garbage", but still try to understand what is happening. It is necessary to take into account the general context of the civil war of the West and the East of Libya. On the side of the official Tripoli and the government of Faiz Saraj (PNS) are Turkey and Qatar. The LNA Khalifa Haftar is supported by a broad international coalition in which Egypt, the United Arab Emirates, Saudi Arabia and France are involved to some extent. Despite the Kremlin’s recognition of the PNS, it seems that the sympathies of the Russian leadership are on the side of the field marshal.

More than a year ago, the LNA tried to arrange a blitzkrieg, taking Tripoli immediately, but got stuck in the enemy’s defense and got stuck. The capital holds on, moreover, after an official invitation from the PNS, Ankara transferred its troops and militants from northern Syria to Libya. With their support and the widespread use of Turkish attack drones, the Haftar irregular army began to suffer defeat after defeat, rolling back to the east. Tribal unions now swear allegiance to the Saraj government. The next target Tripoli called an attack on the city of Tarhuna, an important support center for the supply of LNA.

Field Marshal is gloomy, against the regular Turkish army, provided with shock UAVs, he does not survive. And here to help him arrives “Unknown aircraft” of Russian production, MiG-29 fighters and, presumably, Su-24 bombers. Combat aircraft do not have identification marks, and their pilots are stubbornly silent on the air, so it is still difficult to establish their origin. There are many versions about this: some talk about the “Falcons of Putin,” others about the “hawks of Lukashenko,” others even talk about “Serbian brothers” at the controls.

The most important thing is not where, but why they arrived. For example, expert orientalist Kirill Semenov считаетthat the MiG-29 must “land” Turkish UAVs to reduce the offensive potential of the PNS. Bayraktar shock drones have already done things in Syria, and now in Libya, which should be noted by our Ministry of Defense. Probably, conclusions were made, since the LNA appeared Buk air defense systems instead of "Shell", which caused dronesfall.

Political scientist Semenov drew attention to the fact that Ankara could respond to the appearance of the Fighter aircraft with the transfer of their own F-16s. Apparently, now it is not far off. It is reported that the "unidentified" MiG-29s rigidly drove off a Turkish ship carrying a load of weapons for the PNS, as well as a Turkish naval warship that accompanied it. The information is different: a number of sources report that a real airstrike was struck, others say that the aircraft used air guns, passing a “burst” near the enemy’s ships.

Recall that to the shores of Libya, President Erdogan sent frigates Gabya 496 Gokova and 497 Goksu American-made to cover the PNS with its air defense system.

This event will obviously take the confrontation to a whole new level. The Turks will no doubt respond with the transfer of their own combat aircraft and air defense systems to Libya, and will strengthen the marine component. There is a pumping of forces from the side of Haftar. To help Field Marshal flew in board with mercenaries from a number of foreign countries: France, South Africa, Australia, Great Britain, Malta and even the USA. It is believed that their task will be to stop the supply of Turkish PNS weapons.

The contours of an international coalition that will “wet” Turkey on “distant approaches” are emerging. Apparently, the main claims against Ankara are the agreement on the division of international waters, which she forced to sign the official Tripoli. Thanks to him, control over the territories of the Eastern Mediterranean, where the energy interests of many players intertwined, fell into the hands of President Erdogan. At this stage, Ankara seems to be the winner: while in Tripoli there is a loyal PNS to it, all memoranda remain valid. This means that the Turks will support the government of Saraj to the last, and his chances are very good. If we assume that the Kremlin hoped that Haftar would prevail and become the legal ruler of Libya himself, and then he would thank him as it should, then this bet turned out to be a bit. The Turks will no longer allow demolishing the PNS by force.

Now we have to ask ourselves what remains to be done by Russian military experts in Libya, and is it worth participating in the escalation of the conflict with Turkey without any adequate prospects? If someone itches hands to fight and there is an extra combat techniqueThere is a protracted military conflict near our borders that directly affects Russian national interests. Maybe you should first put things in order in your own “backyard” before climbing into other people's wars, where even without us there are many players with much stronger positions, who will become the main winners?

turkish media сообщают about the beginning of the withdrawal of the Wagnerites. If so, then this is the right decision.
Reporterin Yandex News
Reporterin Yandex Zen
21 comment
Information
Dear reader, to leave comments on the publication, you must sign in.