Americans come to realize the loss of the "oil war" 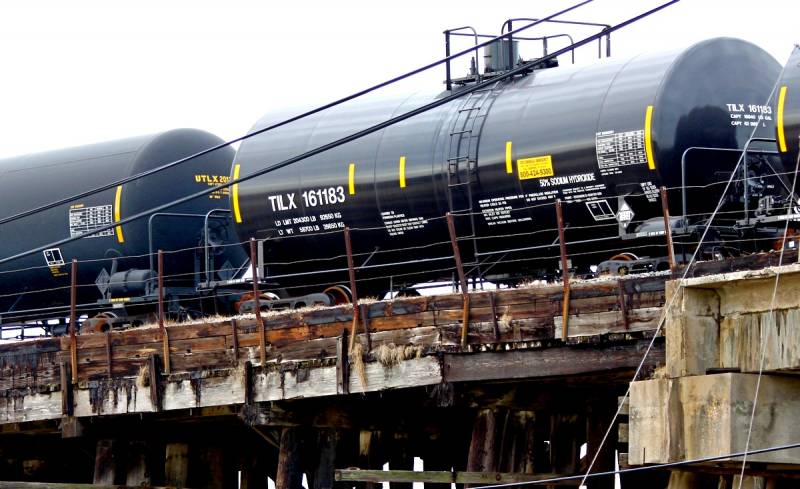 Today, countries whose welfare is more or less dependent on energy production and exports, are reaping the bitter fruits of the fuel crisis that has gripped the world because of the COVID-19 pandemic and the accompanying oil war. Someone "holds the blow" more steadily, someone less.


However, at the moment it is already clear which state has suffered critical damage, which negated all its efforts to become leaders in the world markets of "black gold". And, contrary to all forecasts and predictions of our ill-wishers, this is definitely not Russia ...

From importers to “superpowers”

Colossal Mass Boom Technology fracking (fracking) for oil and gas from shale rock has begun in the United States since the middle of the first decade of this century. The first, very cautious manifestations of skepticism on this issue were recorded in the expert community several years later. And even a little later, the voices of those who claimed that the “shale revolution” was nothing more than a dummy, a mistake, a colossal “bubble”, fraudulent in essence and unprofitable in the final result began to sound in full swing. Nevertheless, no one listened to any “wise men” - the “slate”, in fact, turned from a purely economic issue into a big subject policy. And this did not happen at all under Donald Trump, rushing with the idea of ​​“again a great America”, but under his predecessor Barack Obama, who very actively supported everything that was connected with this “advanced technology”.

Perhaps, the American view of the “shale issue” perhaps reflects the statement made by Daniel Yergin, who represented the Association for Energy Studies at the University of Cambridge, made during the relevant hearings in the US Congress. This pundit “cut the truth-womb” in plain text, not at all embarrassed in expressions: “an increase in the export of energy produced in the United States will add an additional dimension to their global influence,” “so far someone is only talking about the potential geopolitical influence of shale gas and oil, we already see it with our own eyes ... ”The words that the“ shale revolution ”in its potential meaning“ goes far beyond the energy sector ”do not belong to someone in the White House or the State Department, but to Yergin.

Initially, it seemed, it was a matter of purely pragmatic things: to make the United States as independent as possible from energy imports, primarily oil from the Middle East. And then something painfully these sheikhs were misunderstood about their significance ... Well, only then in many of the "bright" heads of influential people from the Washington "Olympus" the idea came up even more tempting: to turn the USA into an "energy superpower" that could dictate its world conditions and “carry democracy” not only with the help of aircraft carriers, but also using tankers. Starting in 2014, after a serious deterioration in relations with Russia, which, as a matter of fact, resulted in a new “cold war”, this goal took on even more clear and concrete outlines. “For a start, it would be nice to knock out these arrogant Russians from the energy markets, but then we'll figure it out with the Saudis and others!” - decided in Washington.

Remembering well the principle “a holy place never happens”, the Americans began to actively “clear the clearing” precisely from the moment when their own production of “black gold” soared to record heights, stepping over 10 million barrels per day. It is not surprising that against such a background, the real profitability indicators of the “shale” industry were either deliberately distorted or simply hushed up. But serious people warned: this is the real "pyramid", cleaner than the ever-memorable "MMM" and the case will end badly. But who would listen to them if "the greatness of America" ​​was at stake? The year, I remember, in 2018, the Wall Street Journal journalists were very surprised to find that, it turns out, "according to the consulting firm Evercore ISI, shale mining companies have spent $ 280 billion more than they earned over the past decade." It was a serious “bell”, but again no one heard it.

The main problem of the “shale” industry has always been and remains absolute dependence on investors, and it has purely technological reasons - “shale”, due to the specifics of their method of producing “black gold” or gas, are simply forced to constantly drill more and more wells, driving them into it’s all new credit funds and promising those who have invested in this, seemingly, win-win business, “frantic” dividends. No other way. Stopped, fallen and you were trampled by more efficient competitors. Dividends were paid, but exactly as long as the oil price was at a high enough level. One of the domestic publications a year ago maliciously wrote that it would be extremely interesting to see what would happen to the American “oil shale” if “Moscow and Riyadh will roll oil quotes to the level of 40-50 dollars per barrel.” The negative price of WTI then could not be seen in a nightmare. Well, they’ve collapsed ...

True, Russia and Saudi Arabia are not so much like the coronavirus, although we also tried, which is already there. It must be said that the remarkable American optimism, sometimes reaching, let's say, manifestations of "alternative giftedness", prevailed in the local analysts over realism and common sense to the last. As early as May 13, the Agency’s Energy Information Agency (EIA), part of the federal system of American statistics, tried to issue vigorous “short-term forecasts” that “the United States will remain leaders in oil production until at least 2021.” At the same time, however, it was a question of an expected decrease in the level of this production by half a million barrels per day this year and by 0.8 million the next. However, it turned out not so bad ... much worse!

On the same day, May 13, Mackie McCree, financial director of Energy Transfer LP, a company transporting pipelines to a third of the oil produced in the United States, announced that, according to his observations, “up to 25% of previously shut down drilling rigs were returned.” Perhaps it was so, but the “rollback” to the previous indicators turned out to be short-lived. Five days later, it became clear that McCree’s assumptions that “the bottom has been reached and the situation is improving” did not even closely correspond to the truth. Baker Hughes has announced that the number of operating wells in the country has declined to the level of 1944, to 250 units. Last year, only oil pumped more than 800. By May 20, US oil production fell by 20% compared to March - by 2.3 million barrels per day, and not by 0.5 million, as predicted by the EIA! And, by the way, this figure is approximately equal to the volume of decline in production of "black gold", which OPEC and Russia agreed to as part of the deal. In it, by the way, the USA proudly refused to participate.

Yes, in comparison with the terrifying "failure" before the price went negative, the cost of a barrel of the American WTI increased by 75% and amounted to "whole" 33,3 dollars. However, this does not save the situation. According to analysts of the ShaleProfile Analytics profile agency, the volume of shale oil produced in the country this year will decrease by at least a third, if not all 40%, and it is good if it holds at around 5 million barrels per day. The reason is simple: the “shale” ran out of money for drilling new wells, and there is nowhere to get new ones from - nobody wants to invest in the industry that is on the verge of complete ruin. Moreover, the very clear prospect of a final collapse loomed before the vast majority of its representatives. 17 “shale” companies, owing their investors a total of more than $ 14 billion, this year already announced the beginning of bankruptcy proceedings. And these are not even the notorious “flowers”. According to financiers, by the end of the year, they are likely to add more than 70 firms working in the same industry.

The US Department of Energy predicted that by the beginning of 2021 the country would produce at least 13.5 million barrels of “black gold” per day. The reality turned out to be completely different. Even if oil prices rise to an acceptable level of $ 50-60 per barrel for the “shale” industry, after the “defeat”, it, according to American experts, will need years to recover to a significant level of production. In any case, the American oil industry will not be able to compete with competitors from Russia or Saudi Arabia for a very long time, dictating something to it and surviving from somewhere. Bloomberg, which analyzes this topic in the most detailed way, ultimately comes to the conclusion that the US influence in energy markets will “seriously decrease” by this time, and Donald Trump’s ambitions “to use oil as a geopolitical weapon” can even put bold cross. Which, in fact, was required to prove ...

Well, and finally - especially for those readers who will not fail to reproach the author for “writing only about American problems”, without touching on similar domestic issues. We will not be likened to Mr. Chubais, who is now ranting about "dead ends" and allowing himself to compare the Russian energy industry with a "dead horse" ... I wonder where he was at that time, so smart ?! To strangle this "statesman" during his "successful" premiership was the cherished dream of most Russians. However, I think that today many would not refuse - from the old memory ... Let us give only a few very specific figures. Yes, the head of Rosneft, Igor Sechin, during a meeting with Russian President Vladimir Putin, admitted that the company will have to cut investment costs by 200 billion rubles this year, leaving them at 750 billion. It turns out, about 20-25%. At the same time, this same Sechin this month presented the Vostok Oil project, within the framework of which Rosneft intends to develop the Payakhskoye field, as well as the Vankor cluster and the West Irkinskoye section. At the same time, to build the seaport “Bay of the North”, the transshipment terminal of which should come into operation already in 2024. The potential of the cluster being developed is up to 5 billion not barrels, but tons of “light” oil with a low sulfur content.

The 15 largest shale oil companies in the United States have already cut their budgets for developing new fields by almost half. According to experts, taking into account the specifics of production, this will lead to its decline in the “shale” sector in volumes from 30% to 50% over the next year. All these are just numbers. Everyone is free to make conclusions independently.
Ctrl Enter
Noticed oshЫbku Highlight text and press. Ctrl + Enter
We are
A dangerous mistake or an accurate calculation: why did Russia disrupt the oil deal
US Global Economy: An End That Sneaks Noticeably
Reporterin Yandex News
Read Reporterin Google News
14 comments
Information
Dear reader, to leave comments on the publication, you must sign in.