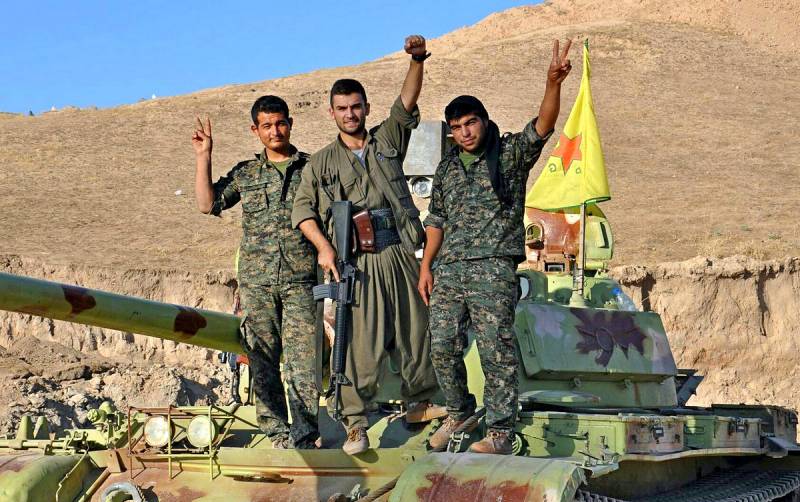 Washington’s initiatives cannot but cause concern for Ankara, because the new US plans for Syria directly threaten the interests of Turkey, the Turkish newspaper Daily Sabah writes.


US Special Envoy for Syria James Jeffrey said that an American military presence in a war-torn country is necessary to maintain pressure on Washington’s enemies. He called on the US Congress to maintain these forces, specifying that Syria is “not a swamp”, not Afghanistan and not Vietnam.

My job is to make it a swamp for Russians
He specified, calling it “reasonable policies».

Jeffrey emphasized that the US limited presence in Syria also has other goals - the elimination of ISIS (banned in Russia), support for military operations in Turkey and Israel, as well as maintaining economic and diplomatic pressure on Damascus.

At the same time, it is well known that US policy in Syria has not been clear, realistic or rational over the past decade. Moreover, the US presence in the Arab Republic has never set its goal to confront Russia or Iran. Quite the contrary - the United States collaborated with Iran in the process of fighting ISIS.

Although Washington opposed the regime of Bashar al-Assad from the very beginning, he did everything on the ground, but he didn’t “continue to put pressure” on Damascus or its allies, Moscow and Tehran. At the same time, the USA is actively cooperating with the Kurdish terrorist organization YPG / PPC. Therefore, it is the United States that has the greatest responsibility for the endless war in Syria, the Turkish publication is confident.

The United States has a controversial policy that has not been fruitful for anyone other than Israel. US actions have heightened the existential threat to their NATO ally, Turkey. In 2015, with support from Washington, the PKK decided to transfer the war to neighboring Turkey, where it resumed terrorist attacks. It was the United States that pushed her to cooperate with Assad against Turkey.

On May 18, 2020, in Kamyshli, 28 Kurdish political parties and movements in Syria held a conference on Kurdish national unity. This is the new US plan for Syria. But Ankara will do everything to block this process. In this regard, you need to ask Special Envoy Jeffrey - so who exactly are the "enemies of the United States" in Syria?
Reporterin Yandex News
Reporterin Yandex Zen
1 comment
Information
Dear reader, to leave comments on the publication, you must sign in.