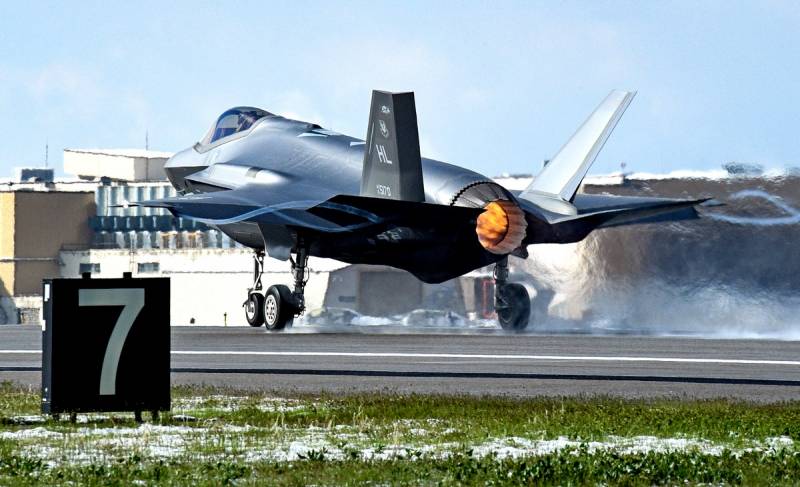 
Complex technique sometimes it fails, which should be remembered to those who previously gloated over the fall of the fifth-generation Russian fighter Su-57 last year. What conclusions can be drawn from a series of disasters?

The United States was the first to develop a fifth-generation fighter jet using stealth technologies to make them inconspicuous. The pioneer was the F-22 Raptor, which produced 195 units. They were followed by the Lockheed Martin F-35 Lightning II in three versions: ground, deck and in the version with a short take-off and vertical landing. As of May 2020, the manufacturer has sent over five hundred aircraft to customers.

According to the initial idea, the fighter was supposed to become the main one not only in the USA, but also in Great Britain, Canada, Italy, Norway, Denmark, the Netherlands, Israel, Japan, South Korea and Australia. Given their cost, about $ 100 million apiece, depending on version, Lockheed Martin is a big commercial success. But in the future it became clear that the corporation produced a frankly "damp" plane, which has hundreds of shortcomings. Even American experts point out that, in the aggregate, these defects can adversely affect flight safety and the pilot's combat mission. The question is, how was this possible?

To disassemble the advantages and disadvantages of the F-35 "in the cog" does not make much sense. Perhaps the most honest will be to say that the whole story with an ultra-expensive aircraft is generally not so much about weapons as about business. The USA in every possible way publicized its fighter, pulled dozens of other states into this project, obliging them to supply components and buy at an inflated price. This is a story about money and the ability to advertise and “sell”, in which Americans are unparalleled. Is the F-35 so “prodigy”, the tenth question is very controversial.

With a stretch, you can draw a parallel with the American "iPhone", technically no superior to competitors, but insanely PR and overrated. If you look, then in the world there are already many analogues of the F-35. In Russia, this is the Su-57, which, albeit inferior in "invisibility", but more maneuverable. China has its fifth-generation fighter J-20, which is inferior in a number of parameters to both our aircraft and the American one, but it has never crashed. Japan, despite participating in the F-35 program, is simultaneously developing its own X-2 Shinshin. Germany and France are jointly engaged in the design of the fifth generation fighter as part of the FCAS project. What can I say, even Turkey, having burned herself in collaboration with the United States under the F-35 program, is trying to develop such an aircraft.

If you call a spade a spade, the American F-35 is such a “flying iPhone”: prestigious, very expensive, able to perform its functions, but in essence is no better than other analogues.
Ctrl Enter
Noticed oshЫbku Highlight text and press. Ctrl + Enter
We are
Is it possible to destroy the "Topol-M", as the Americans showed in the video
Norwegian F-35s against Russian MiG-31s: in a real battle, the victory would have been ours
Reporterin Yandex News
Read Reporterin Google News
101 comment
Information
Dear reader, to leave comments on the publication, you must sign in.