Japanese: Saudi Arabia landed in a hole that it dug for Russia 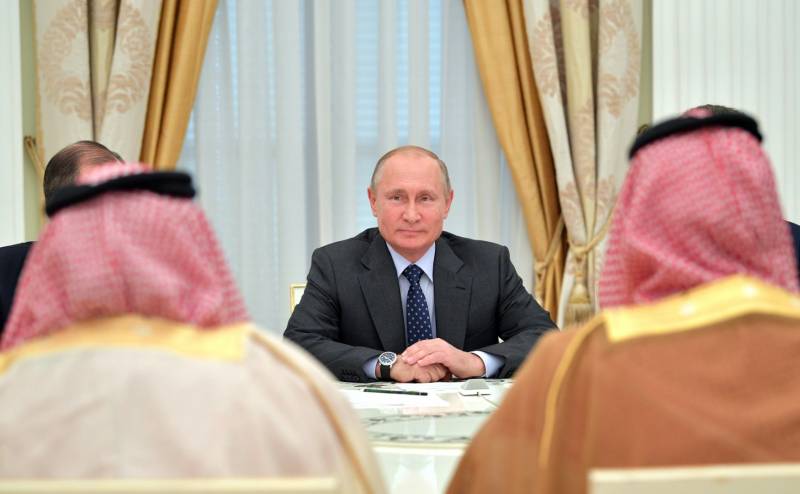 Against the backdrop of the COVID-19 pandemic, Saudi Arabia fell under the wheels of a real “chariot of fire”, which could lead to the “Arab spring” in this country, and then a painful blow would be inflicted on Japan. Writes about it economic Analyst Kazuhiko Fuji in an article published in the Japanese journal Daily Shincho.


According to the author, the chief consultant of the Research Institute of the Ministry of Industry and Trade of Japan, the KSA budget suggests an oil price of $ 60 per barrel. And now KSA’s budget is literally “on fire”, since 80% of revenues are revenues from the sale of oil, whose price has seriously fallen due to the crisis caused by a pandemic that almost paralyzed the economy.

The war with Yemen, which was unleashed five years ago by Crown Prince Mohammed Ibn Salman, who actually rules the kingdom, also has a negative impact on the country's economy. Over $ 233 billion has already been spent on this hopeless business, and the humanitarian disaster in neighboring Yemen now poses a threat to Riyadh.

Now in KSA internal problems are growing. The budget deficit is growing, foreign exchange reserves are declining, foreign borrowing has already exceeded $ 60 billion. Since July 2020, VAT has been rising from 5% to 15% and at the same time supporting payments to the population by $ 22,6 billion are stopped. And although the royal family has managed to maintain friendly relations with tribes scattered throughout the country, now the ambitious program “Vision 2030” (the construction of “smart cities” of the future) runs up against serious opposition.

Problems at KSA will only escalate. At the same time, Japan is 40% dependent on oil supplies from this country. Therefore, Japan’s seemingly solid foundation of energy security is in jeopardy. And the Japanese government urgently needs to take care of the stability of the supply of raw materials to the country.

Japanese commentators have already responded to the article.

Saudi Arabia landed in a hole that it dug for Russia. They wanted to serve the United States, but ran into their rage. As a result, Putin outwitted everyone, including Trump with his shale oil. After all, it also fell sharply in price, and its export became unprofitable
- The reader believes sil.

The fate of Saudi Arabia is the fate of any country with an ugly one-sided economy. They boasted of their excess profits, and now they are left with nothing. Discontent is growing in the country, and a struggle for power is at the top. Such a situation "swings" the entire Middle East. At any moment a terrible war can break out here. So the coronavirus pandemic is changing the world
- wrote hagure arubaka.

Oil is not eternal. Exporting countries have no future. Only countries with high-tech economies like Japan have the prospect. I think that now we need to throw all our resources into the development of alternative energy, for example, hydrogen
- emphasized spy.

Saudi Arabia has become a failure. It is likely that there will soon be a color revolution
- noted yam.

With America, jokes are bad. At first they were friends with the Saudis, now they suddenly became enemies. Japan needs to take this into account, otherwise they will cut off the sea routes for delivering energy from the Middle East to us, and no one will have time to come to their senses. It is necessary to independently ensure the security of your country
- summed up tyb.
Ctrl Enter
Noticed oshЫbku Highlight text and press. Ctrl + Enter
We are
“Because they are dumb”: the Saudis explained the motives for the attacks on oil facilities
Russia will run out of oil: Prince Saud made a “prediction”
Reporterin Yandex News
Read Reporterin Google News
6 comments
Information
Dear reader, to leave comments on the publication, you must sign in.