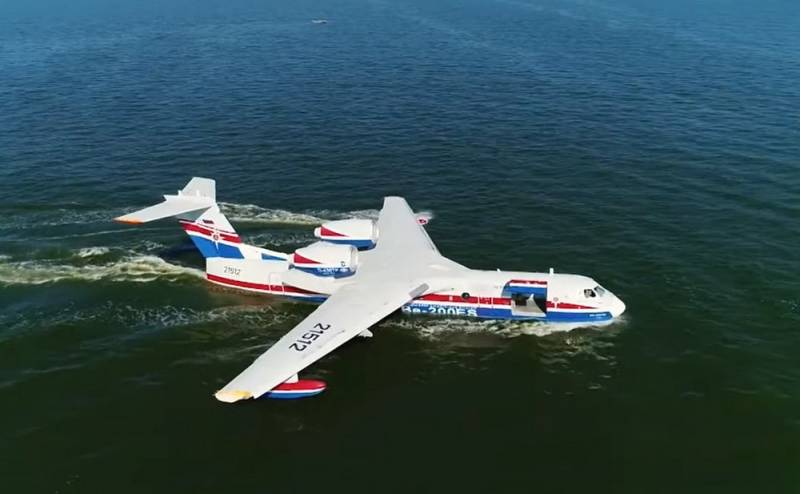 Judging by all indications, the summer will be hot and dry. This means that the problem of forest fires will again rise to its full potential. Last month, the total area of ​​the taiga, engulfed in flames, was several times higher than in 2019. Objectively, we note that not only Russia is on fire. So, last winter, when the “antipodes” in the other hemisphere are summers, Australia and Brazil were blazing.


This is a common misfortune, but its solution opens up some opportunities that our country should not miss.

Demand for amphibious aircraft adapted to extinguish forest fires is growing worldwide. At the moment, out of competition in their characteristics are the Russian Be-200 Altair. What can I say, they are happy to buy them even in the USA. After the terrible California fires in 2018, the American company Seaplane Global Air Services signed a contract for the purchase of 10 domestic amphibious aircraft.

The export potential of the Be-200 Altair is huge today. 10 years ago, he received a certificate from the European Aviation Safety Agency (EASA), which opened him access to foreign markets. In its fire-fighting modification, the seaplane is capable of collecting 15 tons of water in 12 seconds, which a team of two pilots can dump simultaneously or in parts. During the time elapsed before the next refueling, the Be-200, under optimal conditions, is able to pour up to 240 tons of water to the ignition site in total. Not a single foreign competitor even stands close to Altair.

In addition, an amphibious aircraft has good potential as a passenger aircraft in a number of Asian countries replete with archipelagos. Depending on the modification, he can take on board from 42 to 72 people. In other words, we have the most worthy brainchild of the Soviet design school. But, despite this, the Be-200, the cat wept. Why did this happen?

At first, experts point out the fallacy of the decision to transfer the seaplane production from Taganrog to Irkutsk. Cadres decide everything, and a serious problem arose with this. Replaying a solution took up a lot of valuable time and resources.

Secondly, after the severance of production ties with Ukraine, a problem arose with power plants. Previously, D-436TP turbofan engines from the Motor Sich company were installed on seaplanes. After the option was considered using the Russian-French SaM146. But they didn’t work very well on Superjets. In addition, after the imposition of sanctions by the West, it was considered impractical to now depend on Paris. The Be-200 remotorization project on SaM146 was put on the shelves on the recommendation of the General Prosecutor's Office, which considered it a threat to disrupt the defense contract for the needs of the Russian Defense Ministry and the Ministry of Emergencies.

Now it is planned to install domestic PD-10 engines derived from PD-14 on Altair and other aircraft. The problem is that neither one nor the other power plant is put into production, and the developer does not name any specific dates. Sooner or later, of course, they will be mastered, but it should be recognized that the severance of production ties with Ukraine dealt a very serious blow to the Russian aircraft industry.
Reporterin Yandex News
Reporterin Yandex Zen
17 comments
Information
Dear reader, to leave comments on the publication, you must sign in.