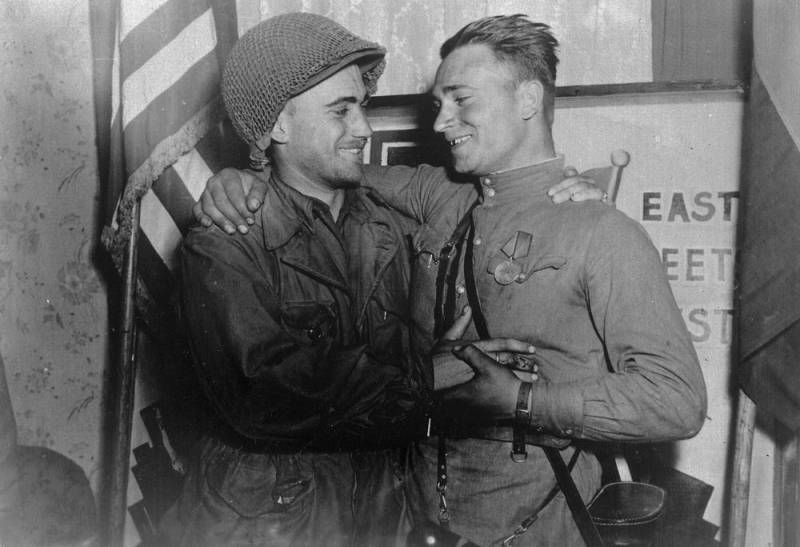 The US administration, without mentioning the USSR in the list of states that defeated Nazi Germany in World War II, made a big mistake. Now the White House is obliged to fix this, according to 94-year-old American veteran Frank Cohn, who participated in a meeting of the US and USSR military on the Elbe on April 25, 1945.

It was a gross mistake that needed to be fixed, and the corresponding authorities should demand its correction. History cannot be rewritten like this
- said the veteran, evaluating the role of the Soviet Union in the defeat of the Nazis.

Cohn stressed that if Great Britain was mentioned by the White House, then it was necessary to say about the contribution of the USSR. After all, the British were in a losing position until the Red Army won the victory at Stalingrad. He added that, thanks to the USSR, the landing in Normandy was successful. So he has no doubt that it was the USSR that made the biggest contribution to the victory.

Recall, Cohn was born in Germany. At age 13, he fled from the Nazis to the United States with his family. In 1944 he was sent to Europe. As a 19-year-old senior sergeant in the US Army, he returned to Germany and participated in a historic meeting. He rose to the colonel and resigned. Throughout his life, he remembered one Russian word - "comrade." He is a supporter of Elba-2, a joint struggle between the US and Russia with the COVID-19 pandemic.
Reporterin Yandex News
Reporterin Yandex Zen
Information
Dear reader, to leave comments on the publication, you must sign in.