Russian NWF funds will be used to save foreign companies 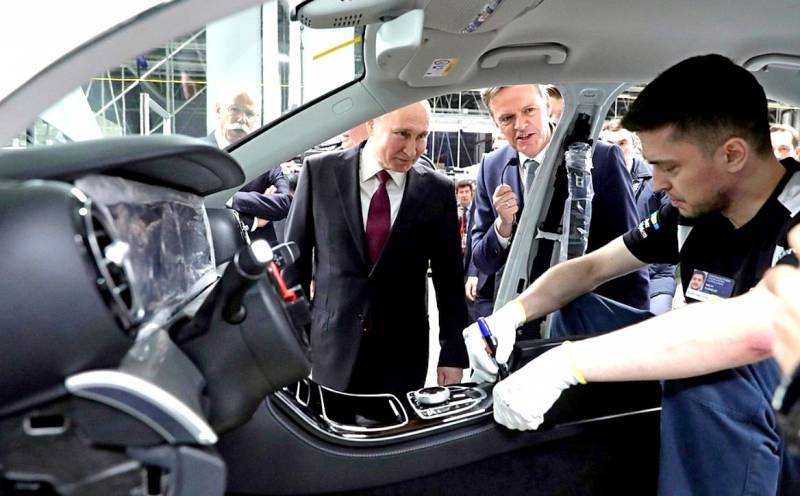 Despite the fact that Russia has not yet reached a plateau due to coronavirus disease, President Putin decided to gradually withdraw the country from the regime of so-called “self-isolation”. Decision forced: a month and a half of "quarantine" inflicted the economy colossal damage, the scale of which has yet to be clarified. The continuation of the heroic sitting at home threatens a complete collapse of the entire social and economic sphere.


In fact, we fell into the abyss and it is not clear whether we are already at the bottom, or are still flying. But now it’s clear that “not only everything” will be selected from it.

Now the main question is how and what the NWF reserves will be spent on, which, according to previous statements by the authorities, should be enough for six years. There are vague doubts about the latter, despite the fact that about 11 trillion rubles are stored in the piggy bank.

Even visually it is clear that things are going badly in this sector of the economy. On the streets of cities above the entrance to many shops, hairdressers, canteens, sports clubs and travel agencies that are closed due to a pandemic, the signs “Rent” and “Sale” now hang. With this, everything is simple: no one has canceled the rent, wages and taxes must be paid, but there are no customers. Someone immediately closed, realizing that they could not make ends meet, others were trying to hold out, transferring employees to unpaid leave. According to the regional chambers of commerce and industry, about 58% of small businesses were unable to receive the “coronavirus” benefits promised by President Putin.

With all this, consumer demand is falling: the Russians are “resting” without work and without money, since not everyone was lucky to work in the public sector. Many are forced to work in “gray” and “black”, therefore they cannot count on any compensation. By the way, we note the government’s “care” about its citizens: from July 1, the tax authorities will put their hands on money transfers by bank cards, apparently in order to finally “finish off” small business and the population in rubles.

Against this background, the list of enterprises that will receive state support looks extremely cynical. Only after the intervention of the General Prosecutor’s Office was the bookmaker Fonbet removed from it. But excuse me, but how did she get there at all? However, guessing is not so difficult. We go further. Let us ask ourselves how appropriate it is to be in this list of franchises of American companies McDonald's and Burger King? Yes, they work in Russia, but the owners who claim to preserve their restaurant business at the expense of the domestic NWF are located in the USA. Speaking on this topic, you can go very far.

For example, Rusal is counting on state support. It seems to be all right, this is a major taxpayer and employer, but let's recall that recently the West has seized control of this company as a result of a "raider seizure" with the support of the US Treasury. Now the giant of non-ferrous metallurgy is managed by the British Lord Barkley, and in the USA, a new aluminum plant is being built with the corporation's profitable money.

Back to the list. One of the first in it is AvtoVAZ JSC. The main shareholder of the car company is Alliance Rostec Auto BV, registered in the Netherlands. 75% of it belongs to Renault, 25% to Rostec. Next to the list of companies applying for state support are Volkswagen Group Rus LLC, Hyundai Motor Manufacturing Rus LLC, Nissan Manufecuring Rus LLC, Toyota Motor LLC, PSMA RUS LLC, Renault Russia CJSC and etc. Whatever you shove, these are foreign companies operating in Russia, or companies with foreign participation. And this suggests the following thought.

RBC Agency was ranking 500 largest revenue companies operating in our country. It will be useful for all curious people to see to what extent foreign capital controls the leading companies in the domestic economy. It turns out that after the coronavirus pandemic, the already modest share of small businesses will decrease even more, while large ones with state support will grow.
Ctrl Enter
Noticed oshЫbku Highlight text and press. Ctrl + Enter
We are
Peace enforcement operation. Russia inflicts a preemptive strike on Kiev
“The dark August night came the one whom the Ukrainians were waiting with horror”
Reporterin Yandex News
Read Reporterin Google News
19 comments
Information
Dear reader, to leave comments on the publication, you must sign in.