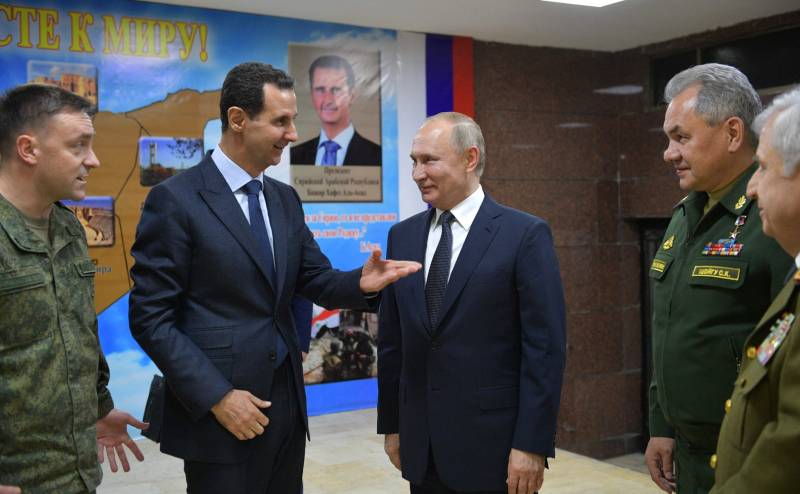 Russian President Vladimir Putin wants stability in Syria to allow his own oligarchs to rebuild this country, but Bashar al-Assad and Iranian ayatollahs stand in his way. This unusual conclusion follows from an article posted on the Middle East Transparent international portal.


After five years of struggle to maintain the regime of Syrian leader Bashar al-Assad, Russia seems to be starting to change its position. The non-decreasing cruelty and corruption of Damascus, according to an analytical note, as well as its inability to establish even the semblance of a functioning state - all this turned into a burden that Moscow would prefer not to carry with itself.

In addition, there is the problem of Iran. Assad, his family members and representatives of the Alawite community have close, possibly inextricable ties with the regime in Tehran and the militias supported by it. All this, the text says, undermines the main mission of Moscow: to rehabilitate the Assad regime as a symbol of stability, capable of attracting hundreds of billions of dollars of foreign investment for reconstruction, which Russian firms will be ready to receive and use.

Failure to control pro-Iranian armed groups implicated in various forms of crime, corruption, and even attacks on Russian forces infuriates the Kremlin
- approved in the publication.

It has been suggested that, in light of this, the Russian military leadership in Syria mostly ignored, if not encouraged, Israeli attacks on Iranian units.

Perhaps the fact that Israel’s attacks have intensified both in frequency and scale since April, after many articles appeared in the Russian media criticizing Assad and his regime, is not an accident.
- the text says.

Without Russia, Iran would have been the only party still striving for war while most other international players are tired of conflicts and are simply trying to put pieces of Syria together.

Turkish President Recep Tayyip Erdogan, the last patron of the defeated Syrian opposition, himself made peace with Moscow, in fact agreeing in March last year to transfer control over large areas of the territory that had previously been controlled by militants.

Ironically, Erdogan’s long-standing desire to strip Syrian President of power can still be realized, although not in the way he expected, since the overthrow of Assad can happen by the hands of Russia, and not through revolution, is summarized in the publication.
Ctrl Enter
Noticed oshЫbku Highlight text and press. Ctrl + Enter
We are
Turkey refuses alliance with Russia and returns to the USA
Assad called the true goal of the United States in Syria
Reporterin Yandex News
Read Reporterin Google News
6 comments
Information
Dear reader, to leave comments on the publication, you must sign in.