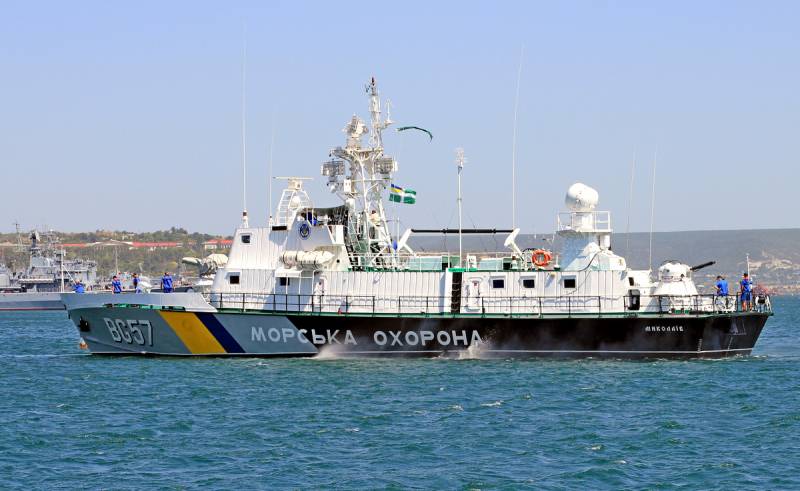 Having no opportunity to oppose Russia on the Azov and Black Seas by force, Ukraine may try to do so through an international court. To this end, Kiev proposes to attract Tbilisi in order to jointly “push” the Russian sea border away.


How adequate is this idea?

Someone Bogdan Ustimenko, an ex-official in the Ukrainian State Hydrography, suggested re-reviewing the maritime borders with Russia through the “consultation” procedure:

We will have more chances to show the world community what is happening directly on the Black Sea, and how grossly violates our rights, and at the same time it will allow us to achieve more success in international instances, because the consultation process is actually under the auspices of the UN.
As an alliance, the Independent Hydrograph calls for Georgia to be attracted, the sea border with which our country has also not been completely settled. Ustimenko cited East Timor as a successful example, which managed to force Australia to delimit the state border several years ago. At first glance, it sounds menacing, given that judicial practice in international instances in recent years has often evolved not in Russia's favor. However, it is necessary to separate flies and meatballs again.

On the one handAll these territorial disputes were caused by the collapse of the Soviet Union in 1991. The problems of Abkhazia, South Ossetia, Donbass and Crimea are direct echoes of those sad events. In the past few decades, Moscow has tried to resolve the issue of the maritime border with its neighbors, but this was not an easy task, since on the Black Sea, which has the closed status, coastal states have their own national interests. This is not only Russia, Ukraine and Georgia, but also Turkey, Bulgaria and Romania. A final compromise is required for the final determination of the international legal status of the Black Sea.

On the other hand, with this there are big problems. After 2008, Moscow’s relations with Tbilisi sharply deteriorated, and after 2014, with Kiev. In the case of Independence, the status of Crimea complicated everything. According to our legislation, it is Russian, according to international law - Ukrainian. Therefore, in principle, it will not be possible to agree on what to measure the sea border from.

Next, we should mention the so-called “consultation”, which Mr. Ustimenko relies on so much. It is clear that the hydrograph is not a lawyer, and he is not aware that this very consultation is an informal, confidential and voluntary procedure. That is, no one can “expose” Russia to her without her own consent. By the way, there was also no consultation with East Timor and Australia, and there was a quite ordinary arbitration. In general, the Ukrainian official has done a lot of things.

If we talk about the need to determine the status of the Black Sea, then this is beyond any doubt. Constantly arises, for example, the problem of poaching and detention of sailors. But we have to admit that this complex geopolitical question will stumble on the fundamental issue of the Crimea’s affiliation.
Ctrl Enter
Noticed oshЫbku Highlight text and press. Ctrl + Enter
We are
Ukraine from the inside: traitors, curators and those who watch from the Kremlin
Ten "defeats" of Putin
Reporterin Yandex News
Read Reporterin Google News
Ad
The publication is looking for authors in the news and analytical departments. Requirements for applicants: literacy, responsibility, efficiency, inexhaustible creative energy, experience in copywriting or journalism, the ability to quickly analyze text and check facts, write concisely and interestingly on political and economic topics. The work is paid. Contact: [email protected]
15 comments
Information
Dear reader, to leave comments on the publication, you must to register.
I have an account? Sign in