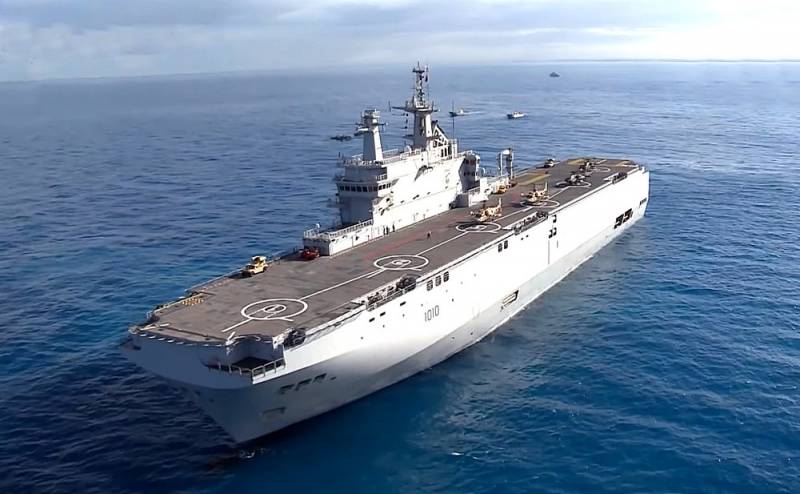 Nicolas Sarkozy once planned to sell the Mistral class universal landing ships to Russia, but for political reasons the deal did not take place. The new buyer of UDC was Egypt. The country is concerned about the activity of terrorist organizations operating on the Sinai Peninsula and in Libya, and sees the Mistral as an important step towards ensuring its security.

The exercises revealed the special importance of using such multi-functional ships. In this regard, the Egyptians see the need for the use of naval-type combat helicopters that best meet the tasks of military operations at sea.


Therefore, the Egyptian authorities decided to purchase more Russian naval attack helicopters Ka-52K. American "Apaches" are considered as an intermediate option until the Egyptians get a sufficient amount of Russian equipment.

After some time, both Mistral ships will be fully equipped with Ka-52K attack helicopters.
Ctrl Enter
Noticed oshЫbku Highlight text and press. Ctrl + Enter
We are
Sarkozy: The effect of sanctions against Russia was unexpected
Poroshenko and Hollande discussed the "Russian Mistral"
Reporterin Yandex News
Read Reporterin Google News
9 comments
Information
Dear reader, to leave comments on the publication, you must sign in.