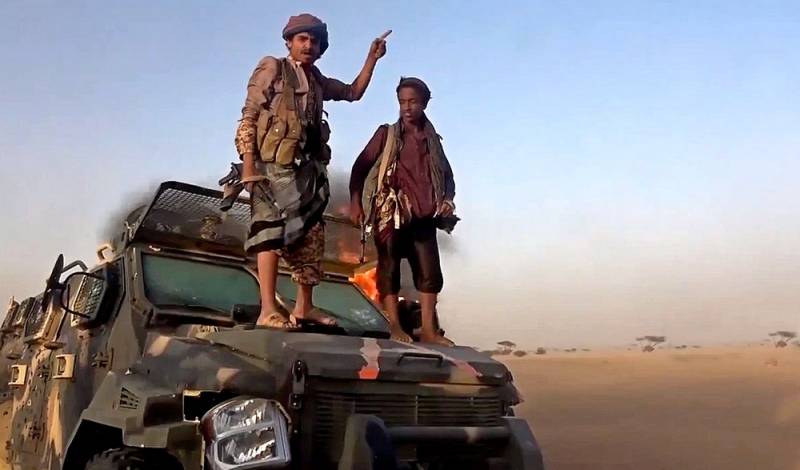 The participation of Russia in the civil conflict in southern Yemen draws the attention of readers a new article published on the website of the Washington Institute of the Middle East Institute.


According to the work, from the very beginning of the Russian military intervention in Syria in September 2015, many analysts were trying to assess and understand the role of the Russian Federation in the Middle East and North Africa.

Moscow itself, as a rule, is cautious and pragmatic when it comes to processes in Arab countries torn by conflicts, where alliances are often unstable and illusory. The Kremlin also proved its ability to skillfully maximize its successes in one part of the region, without losing its authority in another.

Russia's position in southern Yemen is characterized as a "key, but quiet player." Unlike Syria, where Moscow firmly supports the government in the fight against the uprising, its approach to Yemen was based on balancing between local groups and external players.

Moscow interacts at once with the Southern Transitional Council, and with the Yemeni government led by President Abd Rabbah Mansour Hadi, and with the Hussite rebels, as well as with the three main regional powers - Saudi Arabia, the UAE and Iran.

The long-term interests of Moscow in the south of Yemen are determined by strategic factors - mainly we are talking about access to the Red Sea and, possibly, a military base in the region. In the historical context, the article notes, such interests are understandable, given the past alliance of the Soviet Union with South Yemen - the People's Democratic Republic of Yemen.

The PDRY, which existed from 1967 until it merged with Northern Yemen (the Yemeni Arab Republic) in 1990, was the only state on the Arabian Peninsula to partner with the Kremlin during the Cold War.

The PDRY was a key Soviet ally at the Bab el Mandeb Strait, the main sea route connecting the Gulf of Aden with the Red Sea.

Today, when Russian President Vladimir Putin seeks to expand Russia's influence by capitalizing on old Soviet ties with countries in the Middle East and Africa, the Kremlin is trying to establish itself as a stabilizing force in southern Yemen.

From Putin’s point of view, southern Yemen is a region where Russia can exert influence on the basis of ties laid down in the Soviet period. For many years, the Russian Federation has emphasized that the settlement of the Yemeni “southern issue” is important for ending the civil war.
- the article says.

Russia is the only major world power that has paid close attention to the speeches of supporters of the separatist movement that took place in Aden and other parts of the South.

It is noted that the Russian Federation will act cautiously, observing how the situation is unfolding in these territories, at the same time not putting all the eggs in one basket and establishing contacts with all participants.
Ctrl Enter
Noticed oshЫbku Highlight text and press. Ctrl + Enter
We are
Turkey refuses alliance with Russia and returns to the USA
The government will buy Sberbank from the Central Bank of the Russian Federation with the money of the NWF
Reporterin Yandex News
Read Reporterin Google News
2 comments
Information
Dear reader, to leave comments on the publication, you must sign in.