The confrontation is growing: the US wants to squeeze Russia in the nuclear industry 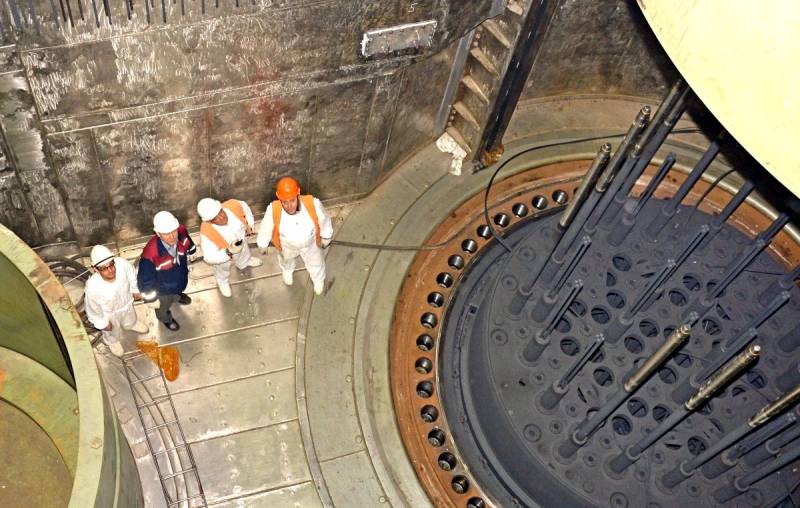 While oil is depreciating around the world, uranium is rapidly increasing its position. So, since the beginning of the year, prices for the deficient radioactive element have grown by 30%.


This situation is unacceptable for the United States, where nuclear plants provide 20% of the electricity, and raw materials have to be purchased abroad. In this regard, the US Department of Energy has developed a strategy that envisages not only restoring its own uranium production, but also “ousting” Russia from a leading position in the nuclear industry.

Despite the fact that the world has taken the trend to abandon the use of nuclear power plants, at the moment a contract has been signed for the construction of 100 stations (mainly in Africa and the Asian region) and 300 are still being discussed. At the same time, Rosatom has already received an order for $ 135 billion, and the Americans, naturally, want to squeeze our country out of this profitable market.

In its report, the US Department of Energy recommends the Nuclear Regulatory Commission to ban uranium imports from Russia for national security purposes. However, the purchase of nuclear fuel from our country is carried out not only by the States. And this means that such bans will cause an even greater deficit in the uranium market.

At the same time, the Americans are unlikely to be able to squeeze Russia by maximizing the production of the “valuable element” in their own country, where there is really a lot of it. Numerous “green” organizations rebelled against the plans of the Ministry of Energy, which had previously managed to “nullify” uranium production in the United States.

And what about Russia? Our country did not wait for the actions of the overseas "partners" and worked ahead of schedule. So, just a week ago, President Vladimir Putin instructed to develop a program for the development of atomic science and of technologies until 2024, which in the future will help maintain a leading position in this industry.

Ctrl Enter
Noticed oshЫbku Highlight text and press. Ctrl + Enter
We are
Why Russia is buying up German depleted uranium
How the US got hooked on the Russian "uranium needle"
Reporterin Yandex News
Read Reporterin Google News
2 comments
Information
Dear reader, to leave comments on the publication, you must sign in.