Why the Golden Ruble is eligible for return 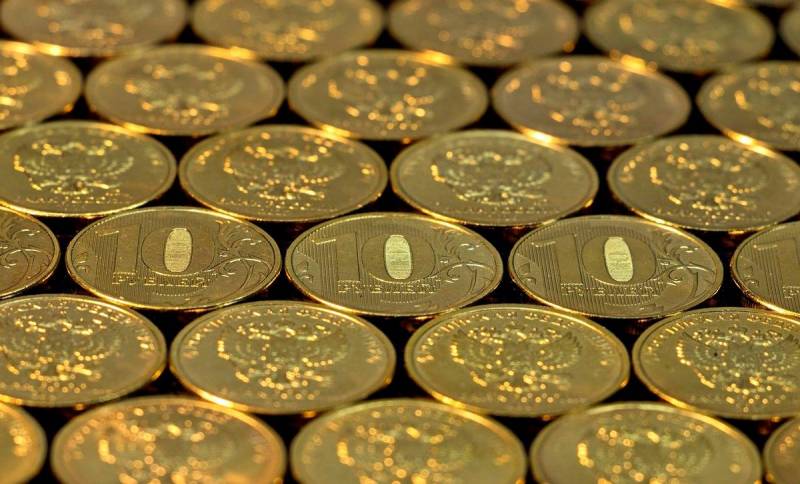 The processes taking place in the world are increasingly called the harbingers of the new "Great Depression." The coronavirus pandemic paralyzed the normal functioning of an entire planet; demand and industrial production fell. Oil and gas prices, this “global blood the economy", Beat the record.


It is necessary to somehow escape, but the ways for this are different for everyone. Already, one thing is clear: everyone is definitely not able to swim together, someone will have to drown.

In Russia, it is traditionally customary to keep savings in dollars and euros, not trusting our “wooden” one too much. But in the face of a growing crisis, even these two respected foreign currencies are at high risk of inflation. The US Federal Reserve launched a “quantitative easing” program last September, in other words, turned on a printing press, flooding financial markets with dollars and buying up corporate bonds. Then, last fall, the European Central Bank (ECB) restarted the “quantitative easing” program, while lowering the rate.

A difficult situation was aggravated by the "oil war", which brought down the world quotes of "black gold", and the coronavirus pandemic. Nobody knows when all this will end for sure, people are afraid for their income and savings, business - for working capital and sales volumes, threatening bankruptcies. The countries of the European Union, a symbol of successful economic unification, closed the borders from each other because of the pandemic, only reinforcing the existing moods of Eurosceptics.

For example, in France, the second pillar after Germany on which the EU stands, distrust of the single currency, the euro, is growing. It has long been estimated that after its introduction, the real purchasing power of ordinary French people has significantly decreased. Skepticism towards the euro in Italy, Greece, and Spain is getting stronger. It is believed that Germany, or rather, its industrialists, who gained advantages over other competitors from the union countries, most of all benefited from the introduction of the single currency at the time.

Today in France they are starting to talk about a return to the franc, but not simple, but gold. The emergence of its own national currency can give Paris real independence from Berlin and Washington. Gold remains an “eternal value” and at the same time only grows in value. True, it should be noted that so far this discussion has not reached the official level, since it is clear that Germany and the United States will not simply give their influence on the competitor. So far, the French have suggested using gold francs for numismatic purposes, but the trend is curious. The transition to a gold currency is an extremely serious matter, since a country that dared to do so automatically crosses the road to financial tycoons from the United States. It is believed that the real reason for NATO's invasion of Libya and the brutal murder of Muammar Gaddafi was his intention to introduce a gold dinar.

After the deterioration of relations with the West in 2014 and the imposition of sanctions, the topic of the need to switch to the gold ruble began to be discussed in the media and the blogosphere in Russia. The idea itself is curious, there are historical precedents in our country: both in tsarist times and in the Soviet era. About the experience of monetary reform carried out by I.V. Stalin, we detail told earlier. The question is not entirely unambiguous, and according to tracing paper, the old recipes for today's realities are not so easy to transfer. But in the long term, the issue of a new reform may become an edge, and the topic of introducing the gold ruble has the right to return to the socialpolitical discourse.
Ctrl Enter
Noticed oshЫbku Highlight text and press. Ctrl + Enter
We are
"Full restart": the US economy will not be destroyed by the coronavirus, but by the US Federal Reserve
“The dark August night came the one whom the Ukrainians were waiting with horror”
Reporterin Yandex News
Read Reporterin Google News
64 comments
Information
Dear reader, to leave comments on the publication, you must sign in.