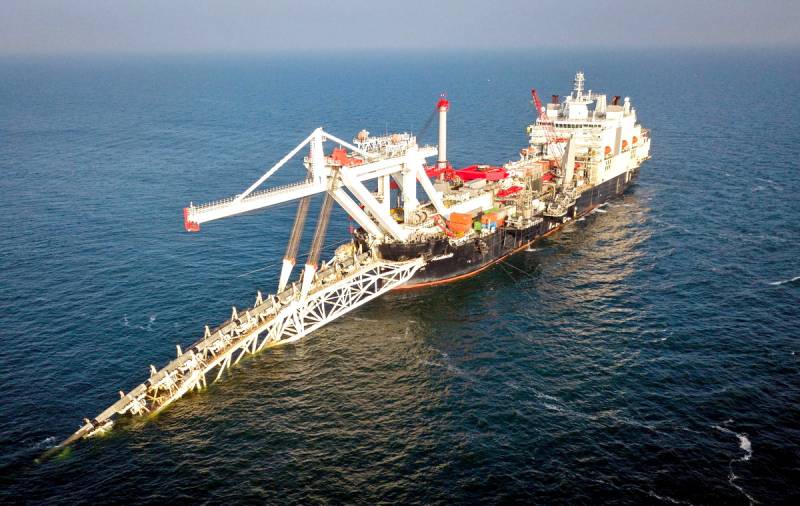 The assets of the Russian Gazprom in the Nord Stream-1 and Nord Stream-2 projects may be arrested at the suit of Warsaw won in the Stockholm arbitration. The Polish side estimates the amount of compensation claimed at 1,43 billion dollars. The situation is painfully reminiscent of the recent lawsuit between Gazprom and Ukraine regarding a fine of $ 3 billion.


What is this, a new attempt to “pinch” the domestic monopolist, or is there before us the KhPP (“Tricky Plan of Poland”) for capturing the Nord Stream-2?

As for the Polish claims, we are faced with another failure of top management and the legal department of the state corporation. From Russia through the territory of Belarus and Poland to Germany, the Yamal-Europe gas pipeline runs, with a throughput of 33 billion cubic meters of gas per year. The share of Gazprom in the project is 48%, and it was realized mainly with the money of the monopolist. Because of this, Warsaw’s gas transit revenues are not as large as it would like. In addition, Poland receives “blue fuel” from Russia for its own needs.

In 2022, the Polish authorities threatened to stop buying Russian gas, in addition, a transit agreement expires in May. Instead of extending it, Gazprom will be given the opportunity to reserve capacities through auctions. To diversify supplies, Warsaw built an LNG terminal; it intends to expand it and build a new, more powerful one. In addition, Poland launched the Baltic Pipe project, which will transport gas from Scandinavia in the amount of 10 billion cubic meters per year.

Having a fairly strong negotiating position, the Polish state company PGNiG was able to win a lawsuit in the Stockholm arbitration in the matter of lowering the price of the Yamal contract, which gave it $ 1,43 billion. Deputy Minister Janusz Kowalski spoke out very ominously on this subject:

We can say that all key projects implemented in Europe by Gazprom and its subsidiaries can ultimately serve to effectively pay off debts to Poland.
Warsaw intends to satisfy its claims by seizing the assets of Nord Stream-1 and Nord Stream-2. A logical question arises, why not at the expense of the Yamal-Europe gas pipeline, which passes through the Polish territory itself? The answer is logical: in this case, Poland acts as a conductor of the American policy in Europe. Different scenarios are possible.

At first, the seizure of assets can be used to further delay the implementation of Nord Stream-2. The Akademik Cherskiy pipe-laying vessel is getting closer to the Baltic, where after re-equipment it will be able to complete the remaining 160 kilometers of the gas pipeline. The “Polish map” can serve Washington to delay the construction process instead of new direct sanctions against Gazprom.

Secondly, this trump card can become one of the stages of the “cunning plan” for the United States to take the “Nord Stream-2” hands of Poland under its control. There is nothing much to be surprised at, something similar recently happened literally before our eyes. After a tough “run over” by the US Treasury Department to oligarch Oleg Deripaska, the latter was forced to cede a controlling stake in Rusal to foreign top management, and even proximity to the Kremlin did not help him, rather, on the contrary. Now the Russian metallurgical giant is ruled by the British lord Barkley, but for some reason the federal media are not shouting about "zrad".

In fact, why can't something like this happen in the long run with Nord Stream-2? Now the gas market in Europe is in decline, prices for “blue fuel” are breaking antirecords. But sooner or later economic the situation will begin to improve. Cheap gas will quickly displace coal, demand will gradually increase. The Russian pipeline lies dead weight at the bottom of the sea, the United States and a number of countries in Eastern Europe strongly oppose its completion because the Kremlin, according to their version, will have a "harmful effect".

Everything can be changed by a kind of “compromise”, according to which Gazprom will be forced to cede part of its share, for example, to Poland, as repayment of a debt worth $ 1,43 billion. The Russian share in the project will expand significantly, which means the degree of influence, but the European partners will be satisfied, including in Germany itself, which will only be glad to such a “consensus”. “The right people” will be introduced into the board, and the United States will have the opportunity through Warsaw to influence the work of gas pipelines.

This is a very real scenario for exchanging debt for permission to complete the construction of Nord Stream-2 without unnecessary obstacles.
Ctrl Enter
Noticed oshЫbku Highlight text and press. Ctrl + Enter
We are
Peace enforcement operation. Russia inflicts a preemptive strike on Kiev
Kiev gas blackmail: brave Ukrainians did not take into account one moment
Reporterin Yandex News
Read Reporterin Google News
7 comments
Information
Dear reader, to leave comments on the publication, you must sign in.