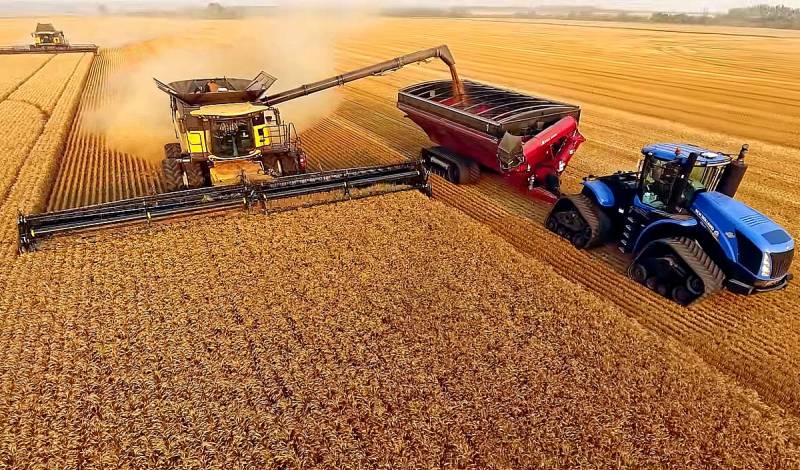 The coronavirus pandemic and the black gold market are focusing on universal quarantine and low oil prices. However, already this spring and summer food prices may be added to them, since COVID-19 hit the agricultural sector as well. Coronavirus, among other things, unbalanced the global food market, disrupting the usual supply chain.


The consequences of this can be very serious: it is believed that the “Arab Spring” flared up so brightly in North Africa and the Middle East, largely due to the rise in food prices in 2007-2008.

Negative changes occur in all parts of the world. For example, in Germany, due to the closure of the borders, a shortage of seasonal workers has formed: there is no one to work in vineyards, fields and beds, pick strawberries, asparagus, etc. Because of this, a shortage of certain types of fruits and vegetables is predicted with a corresponding increase in prices for them. France, Spain are experiencing the same problems, the worst situation in Italy. French farmers, by the way, are among the six largest world suppliers of wheat. Our country takes first place in this position.

Deficit is also formed in the rice market, the main agricultural crop of Asia. Thailand, Vietnam and China imposed restrictions on its exports in order to accumulate reserves for the needs of its own population. Our neighboring Kazakhstan suspended the export of wheat, buckwheat, sugar, sunflower oil, potatoes, carrots and beets. Not surprising against this background is Moscow’s decision to also stop the export of crops for the period from April 1 to June 1.

Despite the abnormal winter, the government is very optimistic about the volume of the future crop - 125,3 million tons compared to 121,2 million tons of grain last year. Possible drought in the south of the country and quarantine restrictions of officials do not bother. It should be noted that Russia has achieved visible success in a number of positions in food self-sufficiency. Our country came out on top in the world in terms of wheat exports, indicators for poultry meat, pork, and oilseeds grew pleasantly. However, serious problems remain in beef and dairy products.

It is assumed that the income from agricultural exports by the end of the year should amount to almost $ 25 billion, and according to the plans of President Putin, by 2024 - and even grow to 54 billion. Cereals and other foodstuffs are gradually starting to turn into a new “barrel” (a ton of Russian grain now costs more than a ton of Russian Urals oil), but with all the positive, this process has a downside.

Due to the devaluation of the ruble, it has become more profitable to supply cereals abroad than to leave them at home, which may ultimately lead to a deficit in Russia. Bread is the head of everything. In 1917, rumors about the introduction of breadcards became the impetus for the February Revolution, and after it was October. It is not surprising that the authorities chose to keep stocks of wheat, rye, corn and barley in the country until better times, without chasing a long dollar.
Reporterin Yandex News
Reporterin Yandex Zen
29 comments
Information
Dear reader, to leave comments on the publication, you must sign in.