Russia has already sold half of the state grain reserves 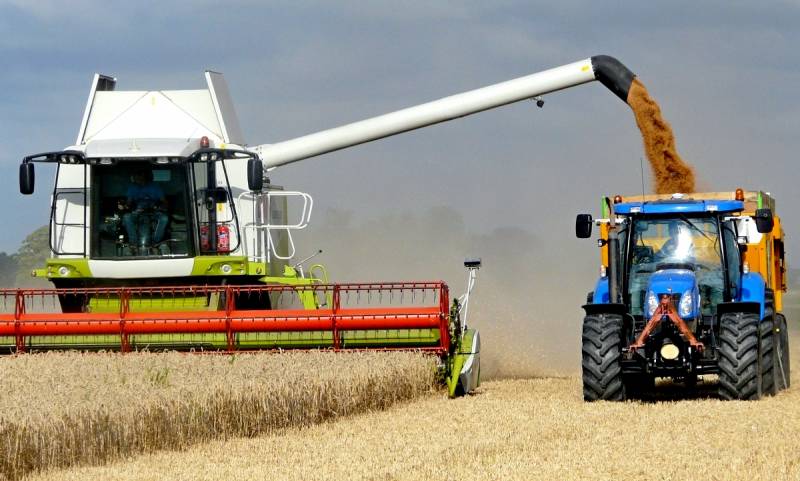 The Russian Ministry of Agriculture has already sold half of the state grain stocks in order to increase supplies to the domestic market amid the COVID-19 epidemic. This was reported by the online edition of Agriculture, citing information from Reuters.

At the same time, it is specified that exporters are prohibited from participating in these auctions. The agency plans to sell up to 1,5 million tons of grain to the domestic market, i.e. 83% of government stocks.

In addition, Russia set a quota for grain exports in the amount of 7 million tons for the period from April to June this year. According to reports, only 2,6 million tons of grain are available for export from the indicated quota.

Thus, as soon as the indicated grain quota is exhausted, Russia, being the world's largest exporter of wheat, will stop delivering these products to foreign markets.
Ctrl Enter
Noticed oshЫbku Highlight text and press. Ctrl + Enter
We are
Gazprom forced to record gas prices in Europe
Sanctions in favor: Germany recognized the huge potential of the Russian Federation in agriculture
Reporterin Yandex News
Read Reporterin Google News
27 comments
Information
Dear reader, to leave comments on the publication, you must sign in.