Big "American Exclusivity" Could Not Cope with a Small Virus 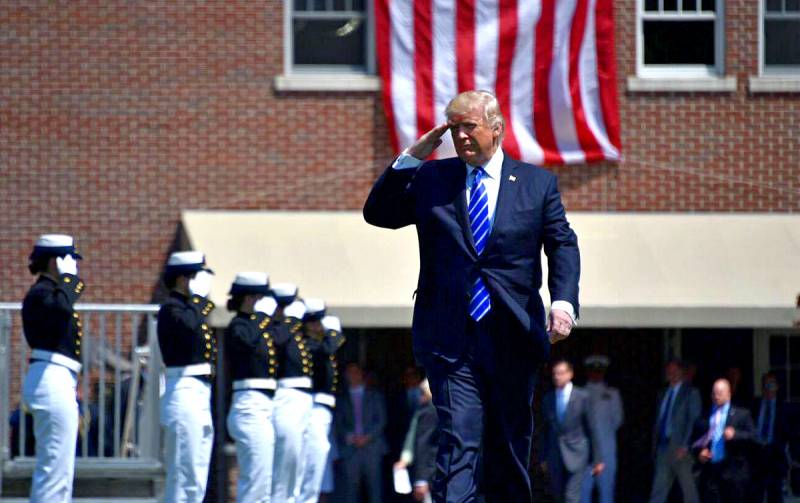 Against the background of a pretty boring “coronavirus” and the world pandemic caused by it, practice revealed a real invisible worst enemy of America. And this is not the insidious Covid-19, but the social institutions and organizations of the United States, which decompose the system that generated them from the inside. This is written by the famous American reporter and writer Calvin Woodward in an article for the Associated Press (AP).


The power built by Washington over many years of the bureaucratic system was impressive. It struck the imagination of mankind and seemed unshakable. However, a new infection from faraway China cast doubt on this legendary vertical when “cascading setbacks and incompetence” of this hierarchy appeared almost instantly. What was supposed to protect ordinary citizens in a crisis and emergency crumbled about the simplest tasks. Experts even sarcastically say that it is easier for America to catch the number one terrorist or defeat the army of some tyrant than to cope with a relatively dangerous virus.

A threat the size of a molecule at the root cut off the vanity of "American exclusivity," which is now impossible to see with your own eyes, but only in the propaganda of apologists for neoliberal globalism, writes AP journalist.

A state with incredible military power, a daring dream and unprecedented ambitions, runs through the backyards of its own warehouses in search of ordinary cotton buds
- says Woodward.

And this incident repeats itself over and over again, even after President Donald Trump was endowed with extraordinary powers of “production and supply.” Isn't the little virus scared of this law?
- the journalist frankly laughs.

Going too far, Woodward compares the current US with the "pandemic viral madhouse." The United States health system, which has only recently been envious, is bursting at the seams and showing institutional weakness in everything: from top to bottom. Federal Centers for Disease Control and national health institutes have stumbled over what they should have been prepared to handle. Thus, they turned out to be completely useless, which means that all this time they were pointless eaters of budgetary appropriations.

What a simple task! Establish production of masks and ventilators. Isn't that a superpower?
- wonders Calvin Woodward.

In order not to be unfounded, the journalist refers to the newsletter of the well-known venture capital fund Andreessen and Horovitz, which cites facts of the lack of the most necessary, as well as a list of the shortage. At the end of this document, the situation with coronavirus in the United States is called "a grandiose failure of institutions that will negatively affect the near future of the country."

It remains only to think about what other institutional formations of the United States are not ready for the challenges. Perhaps a vaunted army? The defiant behavior of the White House, tearing into battle for almost half the world, raises the question of the possibility of defeating a powerful enemy, because in another industry a smaller and more dangerous enemy cannot be defeated. Fortunately, there is still no chance to verify the thesis of propaganda in practice. Especially in the realm of real war.
Ctrl Enter
Noticed oshЫbku Highlight text and press. Ctrl + Enter
We are
Boris Johnson on a ventilator: who else from the world leaders risks becoming infected with COVID-19
IOC: Tokyo Olympics May Be Canceled
Reporterin Yandex News
Read Reporterin Google News
Ad
The publication is looking for authors in the news and analytical departments. Requirements for applicants: literacy, responsibility, efficiency, inexhaustible creative energy, experience in copywriting or journalism, the ability to quickly analyze text and check facts, write concisely and interestingly on political and economic topics. The work is paid. Contact: [email protected]
4 comments
Information
Dear reader, to leave comments on the publication, you must to register.
I have an account? Sign in