In Ukraine, they sadly admitted that the low price of oil is not terrible for Russia 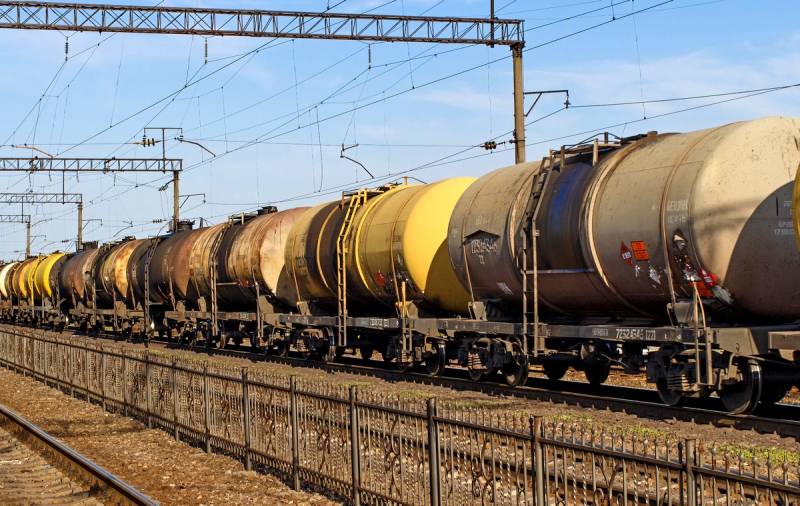 With undisguised disappointment and sorrow in Ukraine, they recognized that Russia over the past twenty years has done a tremendous systemic work to modernize and strengthen economics. This provided a certain margin of safety, which is why a collapse in the cost of oil, sometimes reaching negative values ​​for futures, is not terrible for Moscow. About this writes the economist, investment banker Sergei Fursa, in the material for the publication Glavred (Ukraine).

According to a specialist in the stock market, the Kremlin is much worse off the feuds within the country that will arise when the time comes to reduce the extraction of raw materials, because the “bosses” of the Russian oil companies really do not want to lose foreign customers. And the decline in the cost of a barrel of Russian oil, although it causes a significant image and financial blow to the budget, will still not be able to “finish off” the country.

You will not be paid extra for refueling a car, although they are already paying extra for the sale of oil. Is the market situation difficult? Still would. But, alas, this will not destroy Russia, unfortunately
- not shy of expressions, says Mr. Fursa.

The result of the most difficult situation on the oil market is tough and sometimes unfriendly actions on the part of the main players in the mining business in relation to each other. For example, even after the conclusion of the OPEC + deal, Saudi Arabia continues to dump prices, creating unprecedented preferential benefits for customers, especially those that were previously customers of Russian companies.

As a result, Russia will not only be forced to reduce production pursuant to the agreement with the Cartel, but also fight with Riyadh for a place in the EU’s traditional markets. And it will be incredibly difficult to do this, Fursov emphasizes.

"It is a pity that the West helped Russia"

The Ukrainian expert is confident in a quick way out of the crisis. As soon as the tension and incidence of coronavirus around the world subside, “planes will fly and cars will go”. According to Fursa's forecast, demand for raw materials will begin to grow, and China, which is recovering after the epidemic, will consume especially much. Therefore, Moscow's problems are serious, but temporary.

The situation is radically different than in the 80s, before the collapse of the Union. Therefore, now it is impossible to rejoice that Russia has come to an end. This pleasant thought should be left unfortunately
- says the Ukrainian expert.

The thing is that under the guidance of the IMF “hated by Russians” and the pressure of the “collective West”, Russia managed to carry out some economic reforms that clearly give a guarantee that the country will survive the global crisis. Exactly such transformations, dictated from the outside, allow Moscow to “puff out its cheeks and threaten the West,” Fursa summed up.
Ctrl Enter
Noticed oshЫbku Highlight text and press. Ctrl + Enter
We are
“This is just the beginning”: media reports of a collapse in oil prices to minus $ 40 per barrel
Russian banks began to force Russians to pass biometrics
Reporterin Yandex News
Read Reporterin Google News
10 comments
Information
Dear reader, to leave comments on the publication, you must sign in.