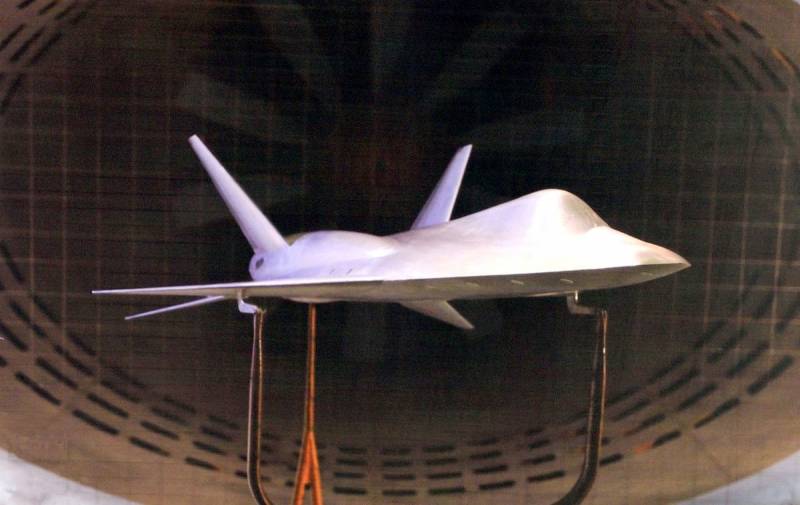 In Russian the news there was information about the start of a project to create a new light fighter of the Mikoyan Design Bureau LFMS (light multifunctional front-line aircraft), writes the Polish military resource Radar.rp.pl. The project is a kind of continuation of the Soviet development of the MiG 1.44. The new aircraft should replace the MiG-29 and MiG-35, and provide support for the Su-57 in combat.


The fighter will be similar in size and performance to the MiG-35. According to the project, the LFMS has a length of 15,5 meters and a maximum take-off weight of 24 kg. It should reach speeds of up to 500 km / h, and the flight range should be 2500 km. All weapons weighing 4000 kg will be in the internal compartments.

However, according to the Polish media, the chances that the Russian Ministry of Defense will order new MiGs are very small - if they didn’t do it when the state had more financial resources, then they’re unlikely to go for it now. It is likely that only small batches of this aircraft will be purchased for demonstration purposes and to support export programs. And then, subject to the location of a foreign company that would agree to co-finance the project.

Now the Russian Air Force has decent fighters - from the Su-30SM to the more advanced Su-35 and Su-57. It is unlikely that the leadership will show great interest in the design of the new fighter.

The Russian Defense Ministry is counting on India, where the LFMS can be proposed as a project to replace the outdated fleet of light combat aircraft. However, not everything is so simple, since India announced a tender for 2018 multi-role fighters in 114, and fierce competition can not be avoided.
Ctrl Enter
Noticed oshЫbku Highlight text and press. Ctrl + Enter
We are
In Russia will create a new fighter
“Not a single chance”: Americans compared the capabilities of the MiG-31 and F-22
Reporterin Yandex News
Read Reporterin Google News
Ad
The publication is looking for authors in the news and analytical departments. Requirements for applicants: literacy, responsibility, efficiency, inexhaustible creative energy, experience in copywriting or journalism, the ability to quickly analyze text and check facts, write concisely and interestingly on political and economic topics. The work is paid. Contact: [email protected]
7 comments
Information
Dear reader, to leave comments on the publication, you must to register.
I have an account? Sign in