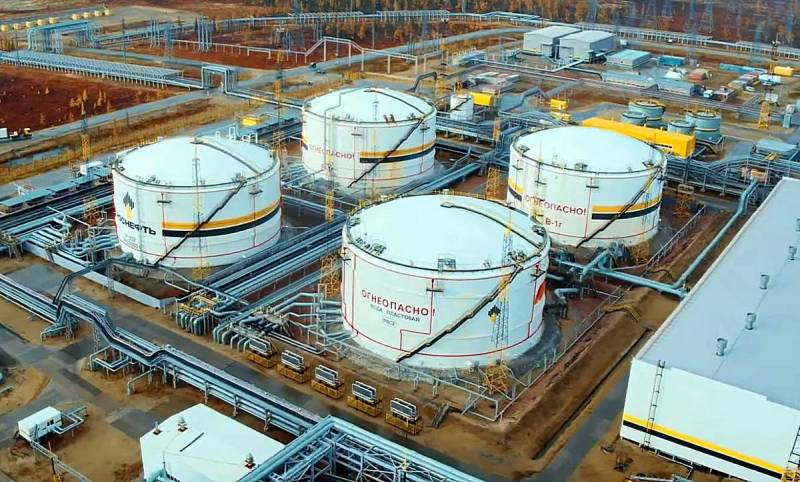 For the past two decades, it has been very fashionable in our country to talk about “getting off an oil needle”. The essence of the problem was that about a third of the federal budget revenues of Russia depend on the export of hydrocarbons abroad. In this case, of course, it was understood that this should happen due to diversification economicsincluding “increasing the depth of processing of natural resources”.


Apparently, the needle of the "oil and gas dropper" is finally forcibly pulled out of the body of our country. But what will we stay with?

The situation in the global economy is developing in the worst possible way, which we detail told earlier. The long-awaited OPEC + deal did not produce results: oil prices continued to fall. According to her, 9,7 million barrels per day should be removed from the market, of which 2,5 million are in Russia. Let's compare this with the quota of 0,5 million barrels that the Kremlin demanded in early March.

Alas, the "wrestling deflection" did not help. Of course, we again outplayed everyone, “forcing” to cut production, but oil quotes still do not grow. The main reason is the consequences of global quarantine caused by the coronavirus pandemic. There was a sharp drop in business activity, industrial production and demand for hydrocarbons, oil and gas. The figures for declining demand for "black gold" are impressive: according to various estimates, from 20 to 35 million barrels per day.

At the same time, the world market is simply overstocked, which is a direct result of the "oil war", which began so late. Oil storage facilities are full, tankers flooded to the eye stand at sea and wait for them to be finally unloaded. For their tenants, it flies a penny, but there is no choice. It got to the point that the United States intends to fill with raw materials all free railway tanks. The American company OEC Group suggests storing surpluses of bitumen, grease and other petroleum products in special bags and containers. Such scenarios of oil storage in Russian Railways wagons are also considered in Russia, since domestic storage capacities are inferior to competitors by several times.

In essence, this is a collapse. Already, Riyadh is ready to reconsider the deal to reduce the production of "black gold" in June upwards. This was directly stated by President Donald Trump:

The volume that OPEC + seeks to reduce is 20 million barrels per day, not the 10 million that is commonly reported.
20 million instead of 10 is strong, but the key question is, at the expense of whom it will happen. Even those 2,5 million barrels that the Kremlin forced to remove from the market, this is a difficult economic and political defeat. If Russia is forced to double this amount, this will be a real disaster for the federal budget. And where, sorry, to disappear? Wait until the American shales finally go broke? Oh well…

Recall that Washington, which we “outplayed,” did not join the OPEC + deal, that is, did not assume any quota obligations. Yes, the United States reduced production for purely economic reasons, but it will be entitled to increase it at any time without regard to any agreements. Now, in the format of the next revised OPEC + transaction, our country will be forced to further limit oil production and export, which means that the gap in the federal budget of Russia will become even more significant. Such is the reckoning for the “professional level” of the team that decided to “fight” on the “black gold” market with the rest of the world in the context of the coronavirus pandemic.

The question is, are all these respected experts and analysts with decision makers incapable of calculating the consequences of the most important geopolitical steps, such as the start of a trade war with Saudi Arabia and the attempt to ruin the US shale industry at least a month and a half ahead, not to mention years and decades ?
Ctrl Enter
Noticed oshЫbku Highlight text and press. Ctrl + Enter
We are
To deceive everyone: the USA played a great game against oil
Oil prices: how Russia outwitted the whole world
Reporterin Yandex News
Read Reporterin Google News
40 comments
Information
Dear reader, to leave comments on the publication, you must sign in.