CNN: Putin’s confidence is no trace 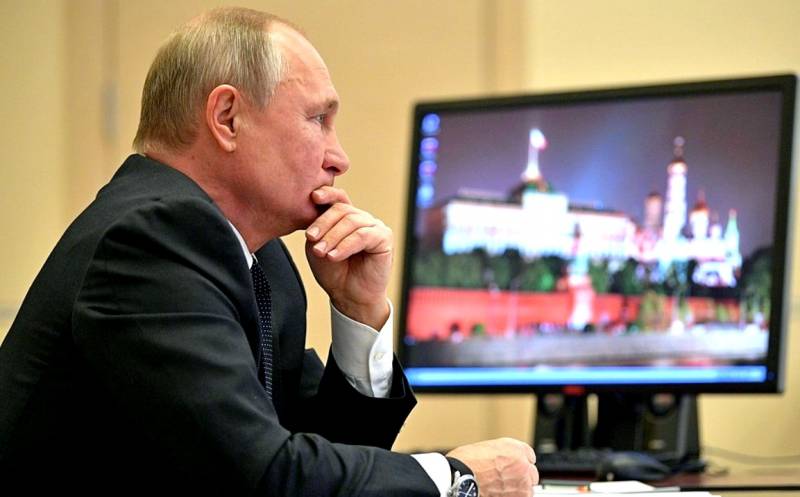 
On Monday at a video conference, it was clear that the Russian president had lost his former optimism and confidence, and yet even less than a month ago he radiated confidence that the Russian authorities were keeping the situation under control thanks to a number of preventive measures. Now the tone of his speeches has changed:

We have a lot of problems. There’s nothing to brag about, and we don’t have to sit back, because the peak of the coronavirus ramp has not yet been passed
- said Putin.

The number of infected in Russia is growing rapidly. On Monday, the number of cases increased by 2558 people, and on Tuesday - already by 2774, updating another sad record for daily incidence.

Tatyana Stanovaya, an expert at the Carnegie Moscow Center, argues that the development of the epidemic is exacerbated by Putin's isolation from the citizens of her country:

Putin is now almost invisible in the situation of the fight against the new virus. He only appealed to the people two times, visited the hospital in Kommunarka, but refrains from making cardinal decisions, delegating these powers to local authorities. No attempt to mobilize, no concrete plan of action
- emphasizes Stanovaya.
Ctrl Enter
Noticed oshЫbku Highlight text and press. Ctrl + Enter
We are
Chinese media are trying to blame Russia for the second wave of the epidemic
The spread of the COVID-19 virus: next week will be decisive for Russia
Reporterin Yandex News
Read Reporterin Google News
Ad
The publication is looking for authors in the news and analytical departments. Requirements for applicants: literacy, responsibility, efficiency, inexhaustible creative energy, experience in copywriting or journalism, the ability to quickly analyze text and check facts, write concisely and interestingly on political and economic topics. The work is paid. Contact: [email protected]
36 comments
Information
Dear reader, to leave comments on the publication, you must to register.
I have an account? Sign in