What is the uniqueness of the Russian A-100 Premier aircraft 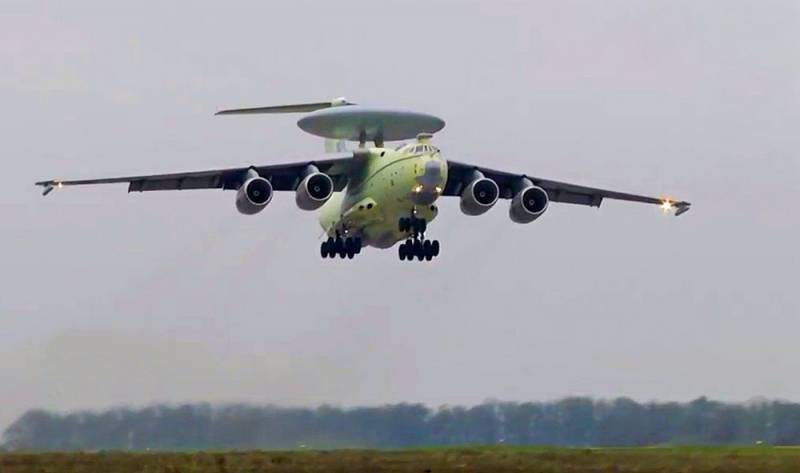 The dates of arrival of the AWACS A-100 Premier aircraft to the aerospace forces became known. This should happen in 4 years, although earlier this event was expected in 2020.


What are the reasons for these delays, and why is Premier so important for the Russian Defense Ministry?

Long-range radar detection and control (AWACS) aircraft are vital in the troops, because with their help surface and air targets of the enemy are detected, coordination and control of fighter and attack aircraft is carried out.

In the Russian Aerospace Forces, the main "workhorse" is the A-50 LISKA (Mainstay - "Hold"), still Soviet-made. They are reliable, but very small: 10 aircraft are in service, another 14 are in storage. In comparison, the US Air Force has 33 AWACS Boeing E-3 Sentry aircraft. Due to the outdated Bumblebee radio complex and the element base, the capabilities of the Russian A-50 are very seriously inferior to the Boeing E-3 Sentry.

This prompted domestic defenders to modernize the aircraft to the A-50U version, which entered the troops in 2011. The characteristics of the Bumblebee-2 radio complex were improved by 15-20%, its weight decreased, which had a beneficial effect on the duration of the patrol, which increased to 11 hours. Fighter detection range increased by a third, missile launches can now be fixed at a distance of over 1000 kilometers. The survivability of the aircraft is increased due to the system of radio countermeasures and reset false thermal targets. And in everyday life, everything has improved: for the crew, a lounge for many hours has been equipped with a lounge and a kitchen.

But this highly improved AWACS aircraft is considered only an intermediate option. The Russian Aerospace Forces are waiting for the long-promised A-100 Premier. In addition to traditional goals, he will have to deal with new challenges: small UAVs, low-flying cruise missiles, inconspicuous fifth generation fighters, etc. For this, Russian aviation needs a new generation reconnaissance aircraft.

The performance characteristics of the A-100 are mostly classified. It is known that it will use a radar with an active phased array, the aircraft will be able to simultaneously track up to 300 targets at a distance of up to 650 kilometers. Premier will give target designation not only to aviation, but also to land and sea-based air defense systems. By the way, this is the world's first heavy aircraft AWACS with AFAR.

Such a plane has long been needed in the Russian troops, so why are its delivery deadlines delayed? If you look carefully, the problem lies in the components and the "media" themselves.

"Premier" is created on the basis of IL-76MD-90A. This modernized aircraft is now in great demand, but the production capacities of the Ulyanovsk Aviation Plant still allow it to produce only 3 such winged aircraft per year. It turns out a deficit that requires choosing what is in priority: the needs of the VTA, tankers or AWACS. The second problem is the degree of readiness of the updated radio complex. Due to the rupture of industrial ties with Ukraine and Western sanctions, domestic defense companies have to hastily develop and produce their own analogues of components, and this is not an easy and quick task.

Nevertheless, work is ongoing, and by 2024 the A-100 Premier is expected to be operational.
Ctrl Enter
Noticed oshЫbku Highlight text and press. Ctrl + Enter
We are
TOP-7 safest passenger aircraft in the world
"Explosive" Dragon and Belated Boeing: who will be the first to replace the "Union"
Reporterin Yandex News
Read Reporterin Google News
Ad
The publication is looking for authors in the news and analytical departments. Requirements for applicants: literacy, responsibility, efficiency, inexhaustible creative energy, experience in copywriting or journalism, the ability to quickly analyze text and check facts, write concisely and interestingly on political and economic topics. The work is paid. Contact: [email protected]
14 comments
Information
Dear reader, to leave comments on the publication, you must to register.
I have an account? Sign in