Coronavirus brought hatred, cruelty and barbarism to the life of the planet 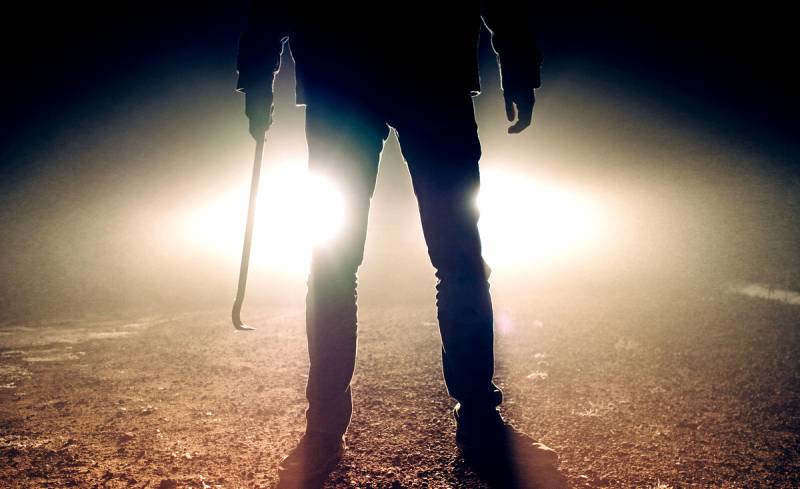 Coronavirus, tormenting the world since the first days of this year, as it turned out, cripples not only the bodies of people, but also their souls. As soon as the people of planet Earth faced the first truly serious and global test in several decades, a layer of “civilization” and “culture”, which turned out to be the most wild and vile things. The story of how humanity grows wild during a pandemic is in the review below.

Self-isolation - time to drink and beat?

The infection, which quarantined not only millions, but tens of millions of quite respectable and law-abiding citizens, left many of them alone with their most base impulses and traits. It would seem - a great occasion for self-improvement, communication with loved ones, relaxation in the end. But no - it turned out completely different. It got to the point that the UN Secretary General António Gutterisch was forced to state:

Over the past few weeks, we have seen a terrifying global surge in domestic violence!

In a recent video address, the head of the United Nations called on the heads of state and government to take at least some measures to ensure the safety of those who in this situation cannot protect themselves on their own - children, women, old people.

The head of the European Parliament Committee on Women's Rights and Gender Equality, Evelyn Regner, was forced to talk about exactly the same thing. Indeed, according to the data provided by the European Commission, the number of cases of domestic violence has tripled in almost all countries of the European Union in the very first weeks after the introduction of quarantine measures. Based on the foregoing, it remains only to admit - over the past couple of centuries, mankind has pretty much scoffed. After all, somehow our ancestors survived, for which long periods of isolation during the same severe winter colds and not even dreaming of us, the present, heavy snowfalls, were a completely normal phenomenon? In some countries, people could hardly leave their homes for three to four months, or even longer. Why can their descendants now not be able to spend a week or two with their own relatives, while being in incomparably better living conditions and having a lot of opportunities for entertainment? Have come ...

Obviously, to a considerable degree the revelry of vile passions and passions contributes to the fact that, as it turned out, many people in the current conditions do not see for themselves any other “outlet” except for a bottle. In no case dairy, of course ... However, it should be noted that in different countries the interaction of the "green snake" and the coronavirus occurs in different ways. For example, usually cheerful Frenchmen have reduced the consumption of their favorite champagne by more than 50%. In general, in two weeks of quarantine, alcohol sales in local supermarkets fell by 16%. But the Italians, despite the terrifying level of the disease, have no intention of giving up good wine.

Moreover - during the quarantine period, the demand for it in Rome and Florence grew by more than 200%! In Iran, also more than other countries suffering from a pandemic, the sad experience of the poor fellows who decided to "heal with alcohol" and, ultimately (due to the lack of the necessary drinking experience) poisoned, some to death and some to loss of vision, nothing to anyone not taught. According to reports, in this country, where wine drinking is, in principle, strictly forbidden by the Quran, the volume of online sales of alcohol increased by almost 250%. It is expected that the Americans will be “filled with grief” and suffering from a pandemic - in just one week, sales of alcohol in the USA grew by 55% in annual terms, which is the record growth in sales of alcoholic beverages in recent years. At the same time, local residents do not exchange for trifles, such as beer and wine, which they began to buy more by 42 and 66%, respectively, and lean on drinking stronger, sales of which soared by 75%. With all this, one cannot fail to mention that some countries seriously limited, or even completely banned, the sale of intoxicants at the time of the fight against coronavirus. By the way, according to the latest data, Russia may join them.

No less depressing fact, among others, testifying to the "coronavirus savagery" of mankind is the growth of the most rabid racism, first of all, for obvious reasons, manifested in relation to people of the Asian race. It should be noted that not only the United States, famous for its deep xenophobia, was noted in this direction more than fruitfully, where the top leaders of the state are also the president, the head of the Department of State, like the usual ones, that the virus that hit the world is "Chinese". According to the European Union Fundamental Rights Agency (FRA), a sharp upsurge in “registered cases of racism against people allegedly of Chinese or Asian descent” is also observed in EU countries, always boasting of their “tolerance” and “multiculturalism”.

Now those who had the misfortune of being in the Old World, while possessing a pronounced Asian appearance, are expected, according to the FRA, “verbal abuse, harassment, physical aggression, including attacks, hateful expressions on the Internet and even discrimination in gaining access to medical care. " In short, a complete set of "new hospitality in a European way." I must say that the local mass media contributed to such vileness to a large extent, at the very beginning of the epidemic they repeatedly allowed themselves to be mocking, or even frankly provocative headlines like "Coronavirus is a new yellow threat." Moreover, not only “information dumps” like “Charlie Hebdo” sinned like, but also quite respectable publications of the same France or Germany. Now there are natural fruits.

Each country, of course, has the right to decide for itself how to deal with coronavirus. However, the zeal of some "fighters against a pandemic" in various parts of the world suggests that we again found ourselves in the "fun" times of the most fierce Middle Ages. In India, for example, quarantine violators are beaten with heavy sticks without any twinge of conscience. However, this is something else - in the Philippines, President Rodrigo Duterte, known for his more than steep disposition and commitment to the most radical measures, gave the command to completely shoot such an audience on the spot! As it turned out, I was not joking - at least one precedent of this kind already exists. True, the police, who killed a 63-year-old local resident on the spot, claim that he was not just drunk in the insole, did not have a protective mask on him and sent doctors who made him comments for this, but also attacked law enforcement officers, though not with with bare hands, but with a real scythe. Well, just like Death itself! So they were forced to eliminate it. Well, the truth is now unlikely to be found, but the fact is clear - before us is the first victim of not a virus, but quarantine. So residents of South Africa, who were sent to jail for trying, contrary to the instructions of the authorities, to arrange a merry wedding during quarantine events in the country (indeed, this is not a good idea at all!), May think that they are still very lucky.

In the end, not only the newlyweds, who now definitely remember the beginning of family life forever, were in the jail, but also fifty invited guests along with the foolishly agreed to hold the wedding ceremony by the pastor. But a resident of the UK, Lerun Hussein, who tried to pull off three medical masks in a London hospital, was not lucky at all - he would have to spend a month on each of the masks. Local prosecutors said the theft “could seriously affect the situation in the hospital, because there are already not enough remedies.” I wonder what period in this case is due to the brave American guys all over the world who mask hundreds of thousands intended for either Germans or French ?! Maybe immediately the shooting - according to the method of old Duterte?

However, what else to expect from the "good old England"? There, two hundred years ago, the kids were easily hung for a stolen piece of bread ... Well, let them try something else about the “Stalinist repressions” and “three ears of wheat” to blather! By the way, proud and stiff Britain plunges into the natural Middle Ages faster and deeper than many countries that they used to scornfully call the uncivilized "Third World". Almost all over the country today they are blazing ... No, there are as yet no bonfires with witches who “sent pestilence”, but just 5G standard communications towers. It turns out that in this "highly cultured" state extremely delusional theories have become extremely popular with regard to the fact that they are the ones who are damned and spread the infection! What is there to think - where did the pandemic begin? In Wuhan! And there these towers are simply unmeasured! Anyway, 5G is from China, like coronavirus. Ayda, guys, smash the Chinese malware! Such rabid nonsense, which is characteristic, is distributed not only in social networks like Facebook and Nextdoor, but also in some media. For example, the British public radio station Uckfield FM recently received a warning from a local regulator, Ofcom, for providing airtime to a “nurse” who, in all seriousness, claimed that “5G sucks oxygen from a person’s lungs.” Just like that, he takes it and sucks it out ... Jokes as a joke, but only in the last week enthusiasts in different parts of Britain, whose brain does not even reach the point where the coronavirus is raging, for example, in Iran or Japan, where there is no 5G and there is no factory Already burned three towers. So soon it will come to witches. Why not? What is the difference between those who believe in the nonsense invented by competitors of Chinese mobile phone companies today from those who also earnestly believed in corruption and black magic three hundred years ago?

XXI century in the yard. Millennium ... Pandemic. Great Test for all mankind. And what do we see? Wildness and barbarism. Darkness and dark horror. Shame and shame…
Ctrl Enter
Noticed oshЫbku Highlight text and press. Ctrl + Enter
We are
“With Russians it’s worth playing fair or not playing at all”
Where is Russia going?
Reporterin Yandex News
Read Reporterin Google News
Ad
The publication is looking for authors in the news and analytical departments. Requirements for applicants: literacy, responsibility, efficiency, inexhaustible creative energy, experience in copywriting or journalism, the ability to quickly analyze text and check facts, write concisely and interestingly on political and economic topics. The work is paid. Contact: [email protected]
18 comments
Information
Dear reader, to leave comments on the publication, you must to register.
I have an account? Sign in