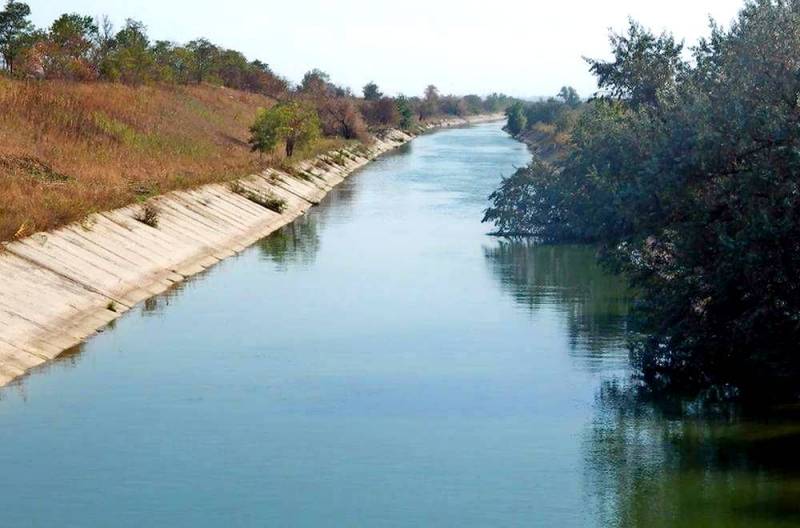 Having at the start of its “nezalezhnosti” one of the best conditions from all the republics of the USSR, Ukraine managed to become one of the poorest countries in Europe. Why did the heirs of Skovoroda, Amosov, Paton omit the economy the richest country to the "baseboard"? Or maybe they decided to reprogram the inhabitants of Ukraine into the enemies of Russia, as once, at the beginning of the twentieth century, they did this from Rusyns, but those who did not agree with this were tortured to death in concentration camps? And will the people of Ukraine agree to this?


Ukraine officially stopped the import of electricity from Russia and Belarus. The corresponding decision was adopted on April 8 by the Ukrainian National Commission, which carries out state regulation in the field of energy and utilities. The head of the body, Valery Tarasyuk, believes that "in connection with the situation in the country, every dollar should remain in the country."

In this connection, I recall a popular proverb in Ukraine - “Are you poor because you are fools, or fools because you are poor”? Or how else can one consider a similar initiative of Ukrainian officials? Especially after statements by the same officials, for example, Minister of Economy of Ukraine Igor Petrashko at a briefing on April 8 that the government predicts an increase in “official” unemployment in 2020 to 9,4%.

That is, no one is going to fight unemployment in Ukraine, because without the electricity to raise the economy and fight unemployment at the beginning of the twentieth century was already problematic. After all, the smaller the domestic electricity consumption in the country, the fewer enterprises will operate and the less products will be produced even for domestic use. And since food and industrial products are still required for the population, this population will use not domestic, but foreign, contraband products. And then, for sure, there will be less and less dollars in the country, because nobody needs Ukrainian hryvnias abroad. And how smuggling can seep through the Ukrainian borders has long been known to everyone.

And now Ukrainian officials complain that in case of import of electricity they will have to give dollars, which should remain in the country! And why does Ukraine need dollars inside the country? Or hryvnia can not cope? Or is it more pleasant for officials to feel that there is a solid currency on hand just in case?

But you can quite safely export, for example, the Dnieper water, which goes absolutely free to the Black Sea and not a single Ukrainian official, not to mention the people of Ukraine, has nothing to do with this. No, some of the officials have "show-offs", so to speak, in front of the Western Russophobes. “Well, they say, how cool we are, blocked the water for Muscovites, know ours!” And the fact that there is a flooding and salinization of the lands of their own people, these officials do not care.

Maybe they’ll even think that in connection with the possible sale of Ukrainian lands, these plots will lose their presentation and depreciate? And what is more important - to sell water to the “Muscovites" in the Crimea and then to sell more expensive first-class lands in the Kherson region, or not to get a penny from the free Dnieper water and pennies for salted and damaged lands? And on “Thank you” from Western Russophobes, I can’t buy a summer cottage in Spain, or you can’t buy a Mercedes with a Lexus! Or did the Lord decide to punish Ukrainian officials by depriving them of reason?

But seriously, it’s time to already understand that all demonstratively hostile actions towards Russia ultimately become hostile to Ukraine itself. Where are the largest shipbuilding plants in Nikolaev, on which huge ocean-going ships were built and which could receive the largest orders from Russia for the modernization of their military and civilian fleet? And this, Mr. Minister Petrashko, is tens of thousands of jobs. The same can be said of the rocket, aviation, and machine-building industries, where millions of Ukrainian workers could already be occupied and the economy of Ukraine filled up with dollars, euros, yuan, and rubles!

But no! As they say - to spite mom ...
Ctrl Enter
Noticed oshЫbku Highlight text and press. Ctrl + Enter
We are
Peace enforcement operation. Russia inflicts a preemptive strike on Kiev
Three years left: Ukraine will be sold in parts
Reporterin Yandex News
Read Reporterin Google News
16 comments
Information
Dear reader, to leave comments on the publication, you must sign in.