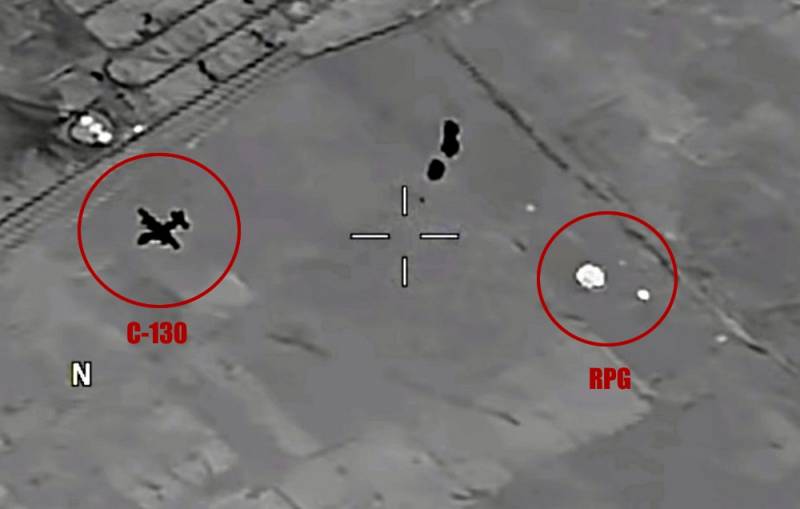 The U.S. Air Force in Afghanistan captured the time of the attack on the S-130 transport aircraft from an RPG-7 anti-tank grenade launcher. Terrorists planned to bring down the plane of the Americans with a shot from the ground, writes The Drive magazine.


The S-130 flew over the territory on which the US military contingent is located in order to dump the necessary cargo. The drone was monitored by the MQ-9 drone, recording everything that happens with the aircraft on camera. MQ-9 captured the moment of dropping cargo by parachute.

Then the operators sitting at the control panels of the unmanned aerial vehicle saw a flash of light coming from somewhere on the right and flying straight towards S-130. This could be nothing more than a targeted attack to bring down an airplane.

The drone photographed not only the moment of the shot at the aircraft, but also discovered the location of the terrorists - they were in buildings nearby. The operators noticed how a group of armed men hurriedly left the scene of the attack, and reported this to the command.

It is reported that subsequently an air strike was launched on them.
Ctrl Enter
Noticed oshЫbku Highlight text and press. Ctrl + Enter
We are
The Pentagon showed a map of activity of the Russian Navy and the Chinese Navy
A group of Marines of the Armed Forces of Ukraine died in the Donbass
Reporterin Yandex News
Read Reporterin Google News
Ad
The publication is looking for authors in the news and analytical departments. Requirements for applicants: literacy, responsibility, efficiency, inexhaustible creative energy, experience in copywriting or journalism, the ability to quickly analyze text and check facts, write concisely and interestingly on political and economic topics. The work is paid. Contact: [email protected]
9 comments
Information
Dear reader, to leave comments on the publication, you must to register.
I have an account? Sign in