Why Lukashenko proposed to return the Donbass to Ukraine 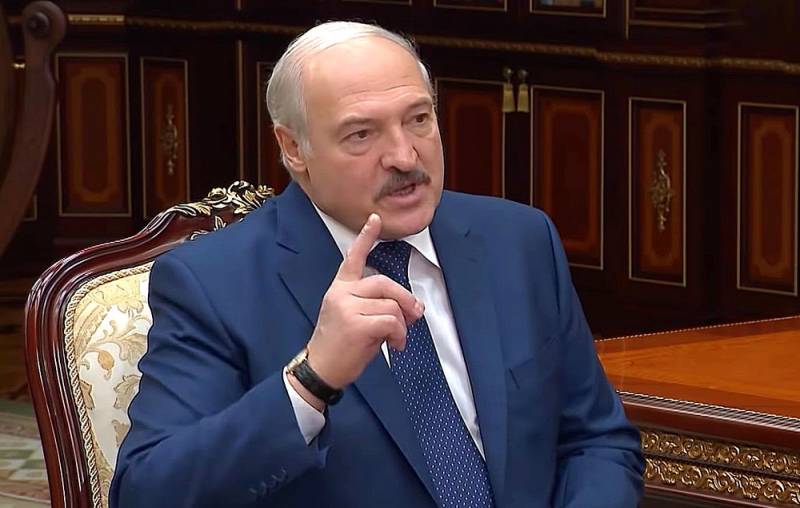 Today, the oil war and the coronavirus pandemic are the main topics of the day. However, this does not mean that other problems resolved by themselves. Sooner or later, but COVID-19 will be defeated, and oil quotes will grow as a result of another transaction between market participants. And the Belarusian president decided to recall the problem of Donbass, which is poisoning Russia's relations with Ukraine and Western countries.


Why did Alexander Grigorievich talk about the DPR and LPR right now?

President Lukashenko said that Ukraine could return to its composition the proclaimed people's republics, taking the “unpopular step”. It is about holding elections in the DPR and LPR. Recall that, according to the Minsk agreements, after that the border with the Russian Federation should be returned to the Ukrainian security forces.

For the previous president Petro Poroshenko, this penultimate paragraph has become an insoluble problem. Fiercely opposed by Ukrainian nationalists, ready to raise up with bayonets any "zradnik". It is generally believed that after granting Donbass a “special status”, other regions will also want this, after which Nezalezhnaya will certainly fall apart.

The statement is rather ambiguous. On the one hand, Ukraine is a unitary state, within the framework of which no territories with a “special status” are provided for by the Basic Law. On the other hand, nothing prevents the holding of a national referendum on the transformation of a unitary state into a federal one. The Federation, for example, is the United States of America, deeply respected by Kiev, well, Russia, too, and many more.

The federal form of government does not mean that it is less stable than the unitary one. On the contrary, for Ukraine with such different Western and Eastern parts, this is practically the only relatively acceptable way of coexistence provided that the Russian language is given the status of a second state language. However, this thesis was not accepted either by Petro Poroshenko or his successor Vladimir Zelensky.

So why does President Lukashenko come back to this topic, on which there has been no movement for six years already? Different explanations are possible.

At first, next summer the next presidential election will be held in Belarus. Alexander Grigorievich developed a vigorous activity in the information field, making a statement one ambiguous than the other. What is worth, for example, the idea of ​​a "neutral currency" in the Union State of Russia and Belarus or the Moscow Council to forget the "imperial manners"? President Lukashenko is obviously trying to score points in front of his voters.

Secondly, it is necessary to consider the factor of problems in the world the economy and the coronavirus pandemic, which paralyzed normal life on the planet. Western countries that have lost a lot will need to recover quickly after the pandemic, for this they will need resources, access to markets. Crimea and Donbass got in the way of normal relations between Russia and the West, forcing them to exchange sanctions.

Now in Europe, calls to cancel them are becoming louder. It is possible that Alexander Grigoryevich felt a new trend and decided to ride it, at the same time wishing to demonstrate his usefulness to all participants of the Minsk format. If the Western partners put serious pressure on Zelensky’s administration, he will be forced to meet Moscow by holding elections in the Donbas, after which the DPR and LPR will return to the Square, and some of the sanctions will be lifted. President Lukashenko points to the disunity of the “Ukrainian elites” and explains what needs to be done:

Sit down, pick up your hands and think about how to do it, so that - let's speak frankly - and Russia will save face, so that the massacre does not begin.
If you assess the situation realistically, then Vladimir Zelensky could hide from the wrath of local nationalists and the “elites” behind them by holding a nationwide vote on amendments to the Constitution of Ukraine, where, among a whole package of good wishes, the necessary amendments will be “sewn up”, which will allow to resolve the issue with elections and the special status of Donbass. Technology similar manipulations in Kiev can spy in other countries.

However, perhaps this is just a private initiative and the election rhetoric of Alexander Grigoryevich.
Ctrl Enter
Noticed oshЫbku Highlight text and press. Ctrl + Enter
We are
Ukraine from the inside: traitors, curators and those who watch from the Kremlin
Ten "defeats" of Putin
Reporterin Yandex News
Read Reporterin Google News
32 comments
Information
Dear reader, to leave comments on the publication, you must sign in.