Trump signed a decree on mining on the moon 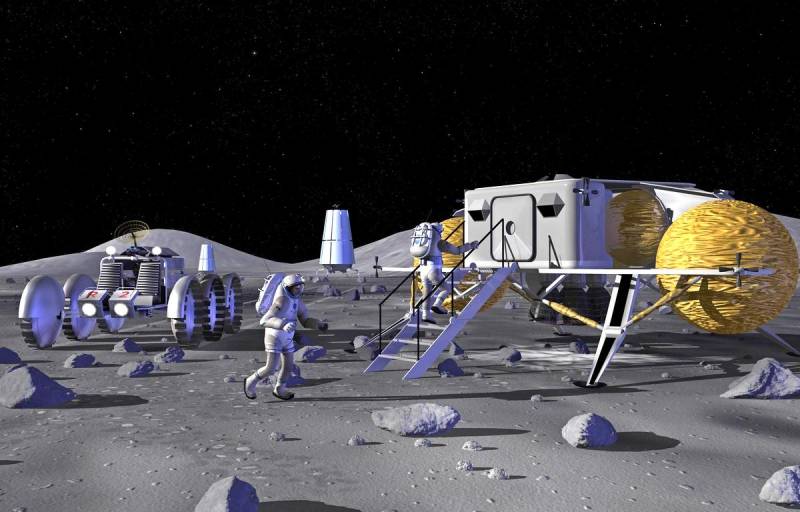 The uncompromising struggle of mankind for resources continues. And it seems that now "under the gun" was space. On Monday, April 6, US President Donald Trump signed a decree allowing Americans to engage in the extraction of resources on the moon and other celestial bodies on a commercial basis.


The document emphasizes that the United States Administration does not recognize any attempt to consider outer space as the public domain of mankind. In this case, we are talking about the relevant agreement adopted by the UN General Assembly in 1979.

The US Administration considers space to be a unique space for human activities, both from a physical and legal point of view. In this connection, Donald Trump called on the Secretary of State to stop any attempts by other states or individuals to use the aforementioned agreement as a norm of international law.

At the same time, such actions were called expropriation at Roskosmos, and Dmitry Rogozin even saw the relationship between this Trump decree and the introduction of an emergency in the United States due to the pandemic of the new coronavirus.

Let's try to understand how these decrees are related
The functionary wrote on his Twitter.

It is also worth recalling that on April 2, NASA introduced a new program moon exploration after astronauts land. The latter provides for the construction of a base and related infrastructure, allowing us to stay on the surface of our natural satellite for a long time.
Ctrl Enter
Noticed oshЫbku Highlight text and press. Ctrl + Enter
We are
Why is the moon still not owned by the Americans?
What will Russia do when the ISS does not
Reporterin Yandex News
Read Reporterin Google News
Ad
The publication is looking for authors in the news and analytical departments. Requirements for applicants: literacy, responsibility, efficiency, inexhaustible creative energy, experience in copywriting or journalism, the ability to quickly analyze text and check facts, write concisely and interestingly on political and economic topics. The work is paid. Contact: [email protected]
22 comments
Information
Dear reader, to leave comments on the publication, you must to register.
I have an account? Sign in