Russia showed the world the capabilities of its military transport aircraft 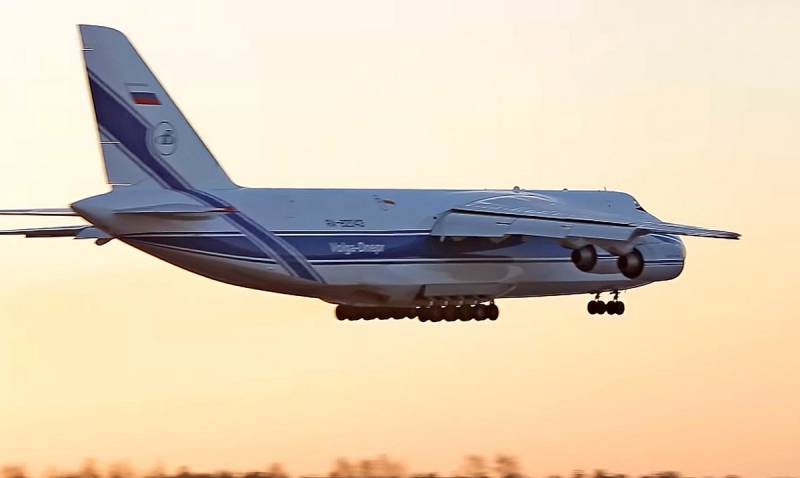 Recently, military transport aviation of the Russian Aerospace Forces carried out several lightning-fast humanitarian operations to transfer medical aid to other countries of the world. The delivery of goods to Italy, the United States and Serbia was entrusted not to civil aviation, but to the BTA, commanded by Lieutenant General Vladimir Benediktov.

The general clarified that the combat readiness consists of the readiness to fulfill the tasks of flight crews, the readiness of the engineering and technical personnel for servicing aviation equipment, as well as the serviceability of the fleet itself. He emphasized that the level of training of BTA personnel is at a high level.

The presidents agreed, and in a day or two they planned and carried out a large-scale operation to transport goods and specialists. Relatively speaking, we set a task tonight, and in the morning or even at night the planes flew away
- explained Oparin.

According to the retired military, this says a lot. First of all, about the level of organization and leadership. Planning such flights, coordinating flight routes in foreign airspace is not an easy task.

At the same time, the general offered to think about raising the status of the BTA, since in recent years Russian aviation began to fly intensively to other countries. Previously, the BTA was "as an operational-strategic association", and now - "as an operational-tactical association." He compared this to "as if the management of a large plant were reduced to the states of one workshop." In this case, before the rank of commander of the BTA was Colonel General, now - Lieutenant General.
Ctrl Enter
Noticed oshЫbku Highlight text and press. Ctrl + Enter
We are
The Italian media regarded the statement of the Ministry of Defense of the Russian Federation as a threat
"Beloved General Putin" from the Syrian "Tiger Forces" loses Russia's confidence
Reporterin Yandex News
Read Reporterin Google News
Ad
The publication is looking for authors in the news and analytical departments. Requirements for applicants: literacy, responsibility, efficiency, inexhaustible creative energy, experience in copywriting or journalism, the ability to quickly analyze text and check facts, write concisely and interestingly on political and economic topics. The work is paid. Contact: [email protected]
20 comments
Information
Dear reader, to leave comments on the publication, you must to register.
I have an account? Sign in