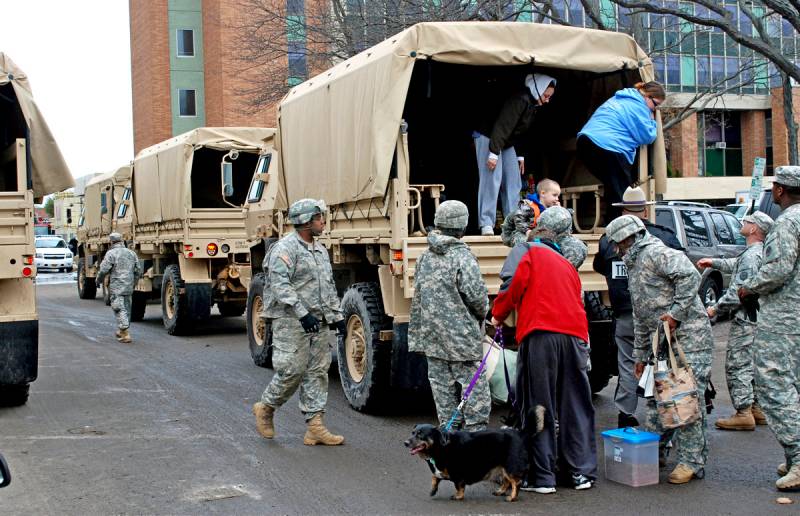 On April 4, 2020, during a briefing at the White House, US President Donald Trump told reporters that 19 thousand troops will be sent to New York to combat the coronavirus infection COVID-1. This is reported by the American television channel CNBC.


It should be noted that New York is the epicenter of infection in the United States, there is the most difficult situation (more than 2600 dead). Therefore, Trump announced the shipment of mechanical ventilation machines to the metropolis and to the state of New York. He specified that now there are 10 thousand of these devices in warehouses.

In addition, Trump promised that “thousands and thousands” of US troops will be sent to other states to assist civil administrations. He emphasized that among the military there will also be doctors and nurses.

At the same time, the American agency Bloomberg quoted Trump that the next week is likely to be “the hardest”, as the US expects “many deaths”.

President Trump prepares Americans for difficult and “very terrible” times in the face of the threat of coronavirus. Over the next few weeks, tough decisions will follow
- says the German newspaper Die Welt.

In turn, Reuters reported that Trump, dissatisfied with the bureaucracy and other U.S. characteristics, personally pressured the US sanitary authorities to launch a malaria drug as a medicine for COVID-19, although it was not properly tested .

According to the American Johns Hopkins University, by 7 a.m. Moscow time on April 00, 5, the United States already has more than 2020 thousand infected with COVID-312. About 19 thousand people died, almost 8,5 thousand were cured.
Ctrl Enter
Noticed oshЫbku Highlight text and press. Ctrl + Enter
We are
1,5 million apiece: Russia delivered dozens of ventilators to the USA
Troops deployed in New York: city declared a disaster zone
Reporterin Yandex News
Read Reporterin Google News
Ad
The publication is looking for authors in the news and analytical departments. Requirements for applicants: literacy, responsibility, efficiency, inexhaustible creative energy, experience in copywriting or journalism, the ability to quickly analyze text and check facts, write concisely and interestingly on political and economic topics. The work is paid. Contact: [email protected]
7 comments
Information
Dear reader, to leave comments on the publication, you must to register.
I have an account? Sign in