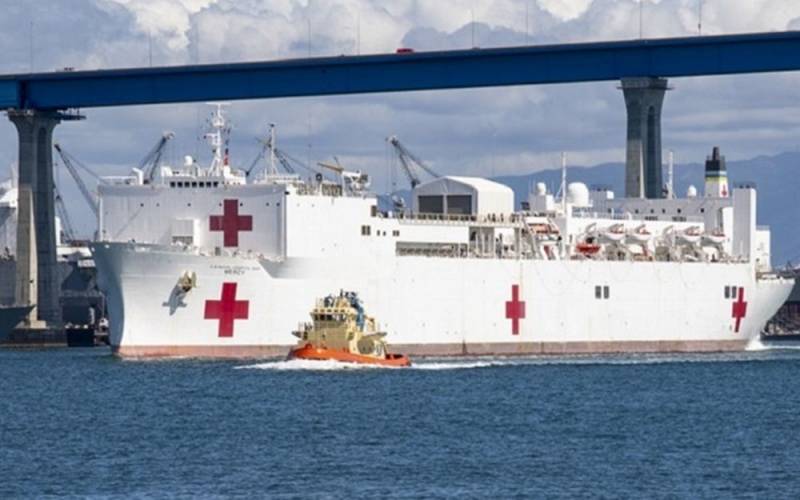 The US Pentagon received from the Federal Emergency Management Agency (FEMA) the task of preparing 100 bags for the bodies of coronavirus COVID-19 infections. The American edition of The Drive informed the public about this.


It is noted that 50 thousand of such bags the Pentagon has already sent FEMA from the available stocks. At the same time, FEMA sent 85 refrigerated trailers as temporary morgues to New York (the epicenter of the epidemic in the United States).

In some cities in the United States introduced the National Guard and military medical units. They help local authorities withstand the epidemic. In addition, the issue of organizing military funeral teams, the “morgue unit”, which will include military chaplains, is also being considered. Their responsibilities will include the collection of DNA samples and identification, as well as counseling and psychological assistance to the families of the deceased.

We remind you that before this, US President Donald Trump said that according to forecasts of White House experts, if the epidemic goes according to an optimistic scenario, then 150-250 thousand Americans will die. If the epidemic develops in a negative scenario, then 1,5-2,5 million Americans will die. Based on this, it can be assumed that the US authorities look at what is happening with "optimism."
Ctrl Enter
Noticed oshЫbku Highlight text and press. Ctrl + Enter
We are
Trucks for coronavirus deceased pulled into downtown New York
Troops deployed in New York: city declared a disaster zone
Reporterin Yandex News
Read Reporterin Google News
Ad
The publication is looking for authors in the news and analytical departments. Requirements for applicants: literacy, responsibility, efficiency, inexhaustible creative energy, experience in copywriting or journalism, the ability to quickly analyze text and check facts, write concisely and interestingly on political and economic topics. The work is paid. Contact: [email protected]
22 comments
Information
Dear reader, to leave comments on the publication, you must to register.
I have an account? Sign in