MiG-35 vs Chinese J-10: why Iran may abandon the Russian aircraft 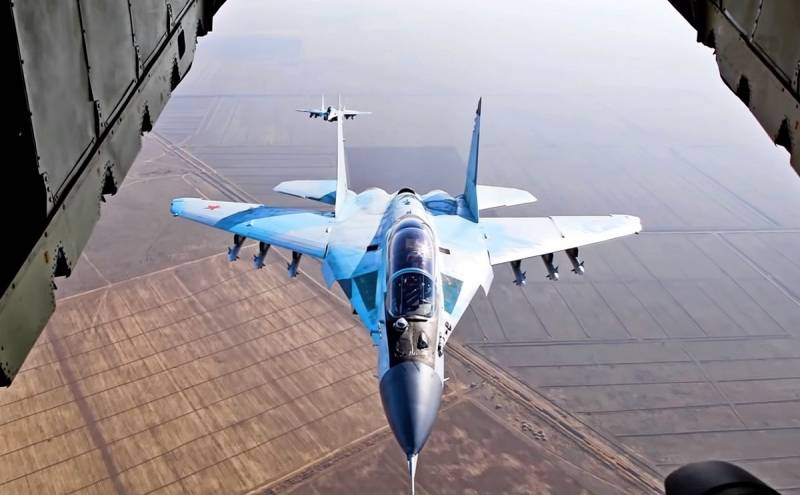 Due to the fact that the UN arms embargo on Iran expires in October 2020 in accordance with the terms of the Joint Comprehensive Action Plan (JCPOA), the Islamic Republic is expected to conclude a contract for the purchase of modern fighters by the end of the year.


Military Watch Magazine published material whose authors are trying to figure out which aircraft the Iranian military might prefer - the Russian MiG-35 or the Chinese J-10C.

The publication acknowledges that the Russian machine prevails over the Chinese in all respects - flight range, armament, maneuverability, radar capabilities and, accordingly, price.

However, according to the authors of the material, far from the price will underlie the choice of Tehran.

Among the probable reasons that the Chinese J-10C fighter will be preferred, journalists say political reasons, recalling that after the collapse of the USSR, Russia often made concessions to the West, including limiting the sale of its weapons to countries in the Middle East.

As an example, they cite the freezing of the deal to provide Iran with more MiG-29 and MiG-31 fighters under pressure from Western countries in the early 1990s, as well as the refusal to supply the S-300 air defense systems that Iran ordered in the early 2010s, under the administration of Dmitry Medvedev.

In addition, the Military Watch recalls Iranian media reports claiming that Russia allegedly passed secret codes of the Syrian air defense system to Tel Aviv, which allowed the Israeli Air Force to attack a number of Iranian targets in the republic.

The authors of the material did not ignore such an aspect as strengthening the political, military and economic ties with China, for which Tehran may prefer a Chinese fighter jet.

As a result of the deal, Iran will be able not only to receive Chinese investments, but also to settle settlements with Beijing through barter - with oil or other resources, which will avoid the calculation in dollars.

At the end of the article, Military Watch Magazine experts give yet another argument in favor of Tehran giving its preference to the Chinese J-10C: Iran’s desire to avoid over-reliance on Russian weapons.

It must be admitted that the arguments of an authoritative publication specializing in military topics are not without meaning in some aspects.

How his assumptions turned out to be true can be judged by the end of the current or the beginning of next year.
Ctrl Enter
Noticed oshЫbku Highlight text and press. Ctrl + Enter
We are
NATO called the Su-57 fighter a "Criminal"
Iran begins high enrichment of uranium
Reporterin Yandex News
Read Reporterin Google News
Ad
The publication is looking for authors in the news and analytical departments. Requirements for applicants: literacy, responsibility, efficiency, inexhaustible creative energy, experience in copywriting or journalism, the ability to quickly analyze text and check facts, write concisely and interestingly on political and economic topics. The work is paid. Contact: [email protected]
27 comments
Information
Dear reader, to leave comments on the publication, you must to register.
I have an account? Sign in