Japan intends to develop the latest fighter on its own 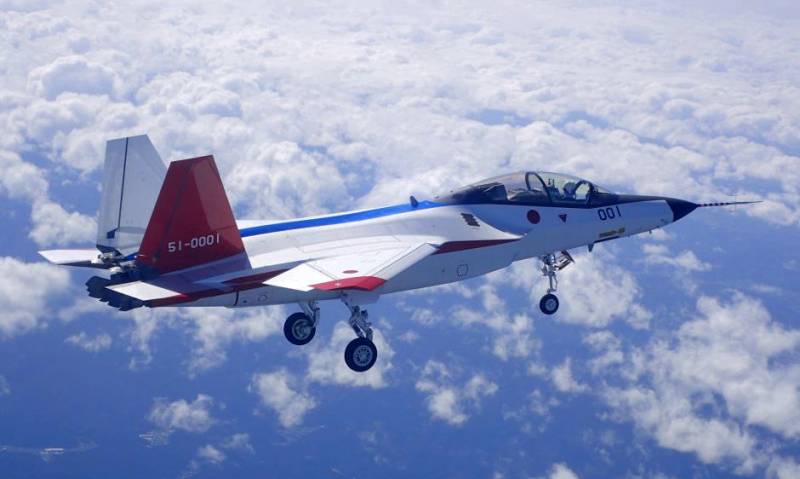 Procurement Agency, technology and logistics, the Ministry of Defense of Japan has assembled a special team to develop a stealth fighter of a new generation, writes The Japan Times. The group so far will include about 30 people: officers of the Air Force Self-Defense, engineers and other specialists.


Some additional information on the topic publishes and Jane's. The site indicates that the Ministry of Defense of Japan rejected the proposals of foreign contractors, including Lockheed Martin, who promised to build a next-generation combat aircraft for the island monarchy. Instead, a new fighter will be developed under the leadership of the Japanese themselves.

Tokyo plans to replace the Mitsubishi F-2 fighters with a new machine in the thirties. A Japanese source at the Agency told Jane's that options for further production of currently used aircraft are not being considered.

We have developed enough technology to make the creation of domestic fighters possible
- added a representative of the Agency.

Nevertheless, the project provides for the possibility of limited international cooperation involving foreign technologies. The partners of Japanese industry here may be the American companies Boeing, Lockheed Martin and Northrop Grumman, as well as the British BAE Systems.
Ctrl Enter
Noticed oshЫbku Highlight text and press. Ctrl + Enter
We are
Rostec is setting up polymer production with unique properties
Japanese "bullet train" passes the first test
Reporterin Yandex News
Read Reporterin Google News
Ad
The publication is looking for authors in the news and analytical departments. Requirements for applicants: literacy, responsibility, efficiency, inexhaustible creative energy, experience in copywriting or journalism, the ability to quickly analyze text and check facts, write concisely and interestingly on political and economic topics. The work is paid. Contact: [email protected]
31 comment
Information
Dear reader, to leave comments on the publication, you must to register.
I have an account? Sign in