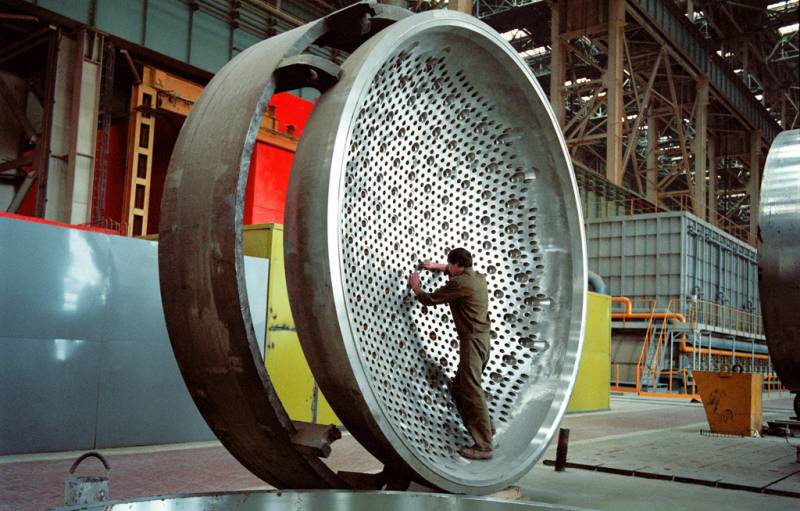 ZiO-Podolsk PJSC completed the manufacture and shipment of the first batch of special equipment for the Riverside thermal waste processing plant in the UK. This is stated in the report of the company, published on the official website.


It should be noted that PJSC ZiO-Podolsk is part of the engineering division of the state corporation Rosatom - JSC Atomenergomash. The company is currently manufacturing a set of superheaters for steam boilers at the Riverside plant under a contract.

The contract was signed with Hitachi Zosen Inova (HZI) in early 2020. In the UK, in the process of modernizing the said enterprise, old equipment will be replaced with Russian superheaters. It is specified that the contract will be fully implemented in 2020. It is emphasized that this is the first such Russian equipment that is manufactured for a foreign enterprise.

Attention has been drawn to the fact that Riverside is one of the HZI's reference projects in the UK. The facility was built on a turnkey basis and put into operation in 2010. It processes about 585 thousand tons of waste per year.

Together with HZI, we produce equipment for all plants currently being built by RT-Invest in Russia. Together with the customer and the technology partner, we carried out a very large preliminary work. As a result, the production line created at ZiO-Podolsk complies with both Russian and all international technical standards. All equipment is manufactured in one production complex and regardless of the country of delivery, has the same characteristics in quality, reliability and environmental friendliness
- added the general director of JSC Atomenergomash Andrey Nikipelov.

It should be recalled that in 2019 PJSC ZiO-Podolsk completed the production of equipment for the first plant in Russia. It is located in the Voskresensky district of the Moscow region near the village of Svistyagino.
Ctrl Enter
Noticed oshЫbku Highlight text and press. Ctrl + Enter
We are
Refusal from Ukrainian missiles makes Sea Launch pointless
What will Russia do when the ISS does not
Reporterin Yandex News
Read Reporterin Google News
Ad
The publication is looking for authors in the news and analytical departments. Requirements for applicants: literacy, responsibility, efficiency, inexhaustible creative energy, experience in copywriting or journalism, the ability to quickly analyze text and check facts, write concisely and interestingly on political and economic topics. The work is paid. Contact: [email protected]
4 comments
Information
Dear reader, to leave comments on the publication, you must to register.
I have an account? Sign in