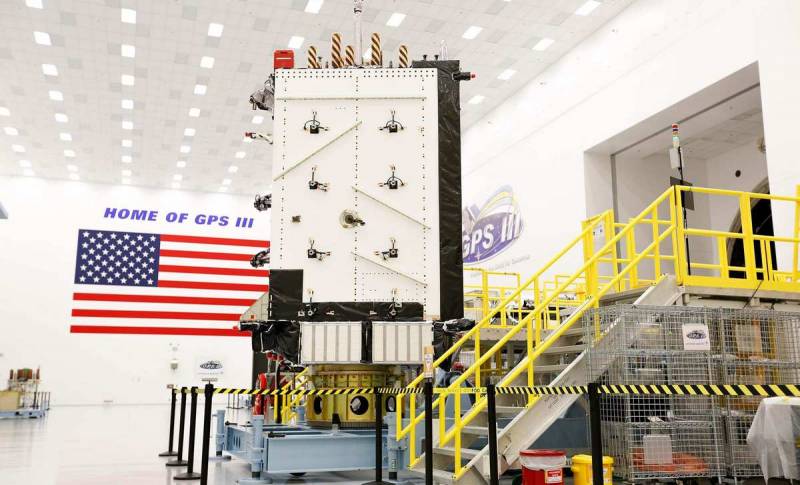 Lockheed Martin, an American company, is completing the implementation of a new noise-free and safe code for the GPS satellite navigation system. On March 27, US Space Forces announced the acceptance of a new feature for the GPS Ground Operational Control System (OCS) stations. The update includes the implementation of emergency functions GPS Contingency Operations (COps).


The COps function provides control of the constellation of GPS navigation satellites with M-code support. Now the United States has 21 such devices and it is expected to commission new ones. New features on the ground segment will be used in the foreseeable future, after which it is planned to switch to the upgraded OCX complex with similar capabilities.

Earlier this year, Space Forces received an M-Code Early Use software update. With its help, ground-based facilities will be able to control the operation of the new code, as well as provide testing and implementation of new subscriber equipment.

The final result of all ongoing work will be the improvement of the reception quality and reliability of the military use of the GPS system. All this is achieved through the use of the new M-code, which has great advantages. Previously, the military used a “civilian” signal with a C / A code, supplemented by an encrypted noise-resistant signal with a P (Y) code. Loss of one of the signals could impair the accuracy of determining the coordinates.

The signal with the M-code is used independently and provides sufficient accuracy. Satellites of the GPS Block III series will be able to transmit a narrowly directed M-code signal to zones with diameters of several hundred kilometers. This function will be used during various operations.

The introduction of new ground and orbital components will increase the effectiveness of the military use of GPS. Satellites with M-code support will increase the accuracy of positioning, reduce the risk of suppression or substitution of useful signals. Work is underway to add a new L1C civilian range compatible with the Galileo European system.

Some GPS satellites of the Block II series are compatible with the new M-code, but have some limitations. All the functions of the updated GPS will be able to implement the new Block III devices developed and supplied by Lockheed Martin.

Space forces and contractors are also taking cyber protection measures for the GPS infrastructure. In the fourth quarter of last year, Lockheed Martin introduced and tested the Red Dragon Cyber ​​Security Suite Phase III security update. The system has fully confirmed its capabilities and compliance with the requirements.

Since December 2018, a contract has been in force, according to which Lockheed Martin supports and updates OCS stations for a period up to 2025.

The deployment of a space constellation of the new Block III / IIIF satellites and the modernization of ground-based objects will allow the US military to fully use all the latest developments without any restrictions. The full functionality of GPS III will be achieved in 2023 - after the full transition of the constellation to the new series of satellites.
Ctrl Enter
Noticed oshЫbku Highlight text and press. Ctrl + Enter
We are
Increased accuracy GLONASS decided to postpone
GLONASS: is there a future for one of the main achievements of modern Russia
Reporterin Yandex News
Read Reporterin Google News
Ad
We are open to cooperation with authors in the news and analytical departments. A prerequisite is the ability to quickly analyze the text and check the facts, to write concisely and interestingly on political and economic topics. We offer flexible working hours and regular payments. Please send your responses with examples of work to [email protected]
1 comment
Information
Dear reader, to leave comments on the publication, you must sign in.