Aerobatics: the American F-22 proved that it can do the same as the Su-35 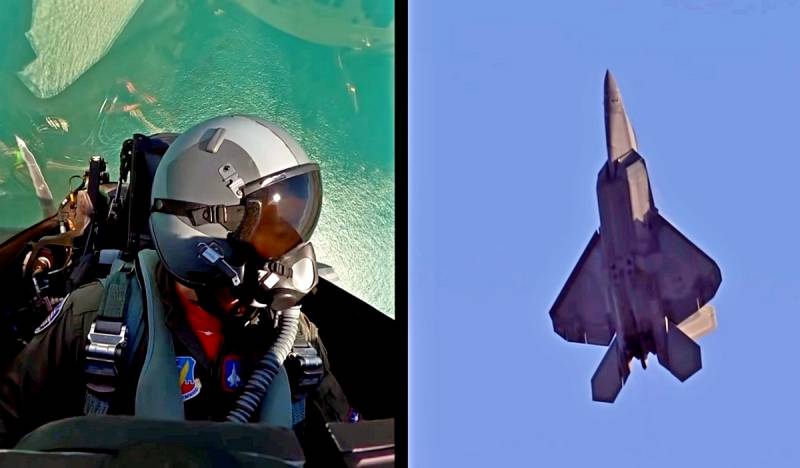 US military pilots have demonstrated that the F-22 multi-role fighter is not inferior in maneuverability to the Russian Su-35 fighter, which is characterized as "super-maneuverable."

Video recording recorded aerobatics that Gunderson performed on the F-22. They are similar to those performed at many demonstrations of the Su-35 and, often, are declared as figures that can only be performed by a Russian fighter.

In particular, we are talking about such aerobatics as “cobra”, “flat corkscrew”, turns and turns in place.


For comparison, you can offer a video filmed on the demonstration flights of a Russian fighter, which were held at Ataturk Airport in Istanbul during the "Technofest-2019", held in Turkey.


If you visually compare the flights of American and Russian fighters, it can hardly be argued that any of the combat aircraft is more maneuverable.

Therefore, Russian pilots in a real air battle with the F-22 should not count on the maneuverability of their fighter, as a definite advantage.
Ctrl Enter
Noticed oshЫbku Highlight text and press. Ctrl + Enter
We are
“Killer Aircraft”: the failure of the Boeing 737 Max and its consequences for Russia
What will Russia do when the ISS does not
Reporterin Yandex News
Read Reporterin Google News
Ad
The publication is looking for authors in the news and analytical departments. Requirements for applicants: literacy, responsibility, efficiency, inexhaustible creative energy, experience in copywriting or journalism, the ability to quickly analyze text and check facts, write concisely and interestingly on political and economic topics. The work is paid. Contact: [email protected]
17 comments
Information
Dear reader, to leave comments on the publication, you must to register.
I have an account? Sign in