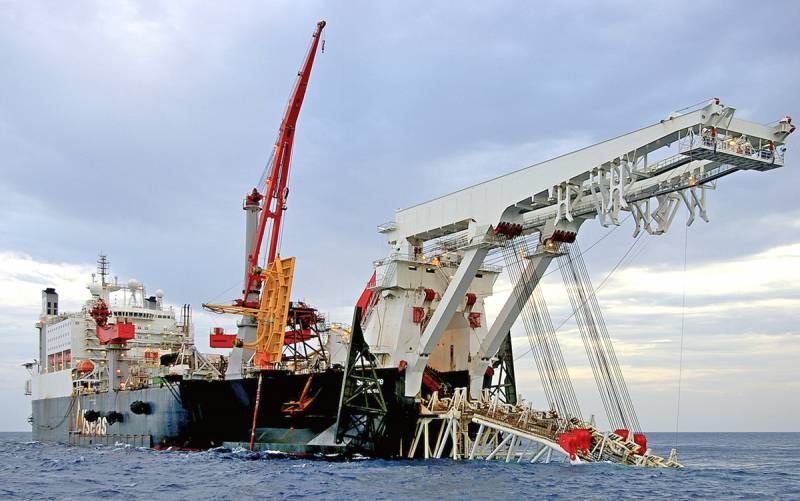 
A logical question arises, what will happen to the unfinished Nord Stream-2 and gas prices in Russia itself?

The situation for domestic economicsfocused on the export of hydrocarbons looks deplorable. Oil is trading at $ 25 per barrel, gas in the European spot market - around $ 100 per thousand cubic meters. Analysts are trying to draw parallels with 2004, but now, due to the pandemic factor, there is no hope for increased production and demand. Thus, the authorities of Italy affected by the coronavirus announced the suspension of any industry, with the exception of vitally important. By the way, Italy was considered the second largest importer of Russian gas to the EU after Germany.

In the air, it smells distinctly of the announcement of force majeure for the purchase of gas from Gazprom, as China had previously done under its contracts. For the domestic monopolist, this threatens a sharp decline in income. In fairness, we note that the problems are brewing not only in our "national treasure." Due to the temporary closure of the Chinese market, American manufacturers began to revise their LNG projects. Tellurian announced a forced reduction of 38% of its employees. Its competitor Cheniere admits postponement of the launch of additional capacities at Corpus Christi.

The big question is how the domestic state corporation intends to deal with economic difficulties. As a rule, this is done by cutting costs for secondary or non-core projects. For example, it is possible to reduce Gazprom’s expenses for maintaining the Zenit football club or for building a hotel complex with a yacht club in Strelna. You can reduce salaries and bonuses of top management of a company funded from the federal budget. To make it clear what amounts we are talking about: according to the results of 2018, the Gazprom management received a total of over 16 billion rubles for 2,5 people.

Let's face it, something similar will happen last. The second option to compensate for losses for the state corporation is to increase gas prices for its own population. So, today Central Russia brings “national wealth” more than gas exports to Europe in terms of the cost of a thousand cubic meters. However, some experts believe that now is the time to raise tariffs for the Russians. Apparently, first it will be necessary to vote for changes to the Constitution and the notorious endless "stability".

Finally, even Nord Stream-2 can fall under the knife. On the one hand, it needs to be completed - in Berlin, it was made clear that they are expecting a turnkey pipeline from Moscow. On the other hand, after the signing of the 5-year transit agreement with Ukraine, the severity of the issue decreased. The Akademik Cherskiy pipe-laying vessel is wandering around the seas somewhere, the USA and Poland are putting another obstacle in the way of building the gas pipeline. Due to the epidemic, which they did not manage to take control of, production and business activity in Europe are declining, and hence the consumption of “blue fuel”.

It turns out that more and more factors come down to the fact that Nord Stream-2 will become a long-term construction.
Ctrl Enter
Noticed oshЫbku Highlight text and press. Ctrl + Enter
We are
Historical moment: Moscow must execute “transit verdict” to Kiev
To deceive everyone: the USA played a great game against oil
Reporterin Yandex News
Read Reporterin Google News
Ad
The publication is looking for authors in the news and analytical departments. Requirements for applicants: literacy, responsibility, efficiency, inexhaustible creative energy, experience in copywriting or journalism, the ability to quickly analyze text and check facts, write concisely and interestingly on political and economic topics. The work is paid. Contact: [email protected]
17 comments
Information
Dear reader, to leave comments on the publication, you must to register.
I have an account? Sign in