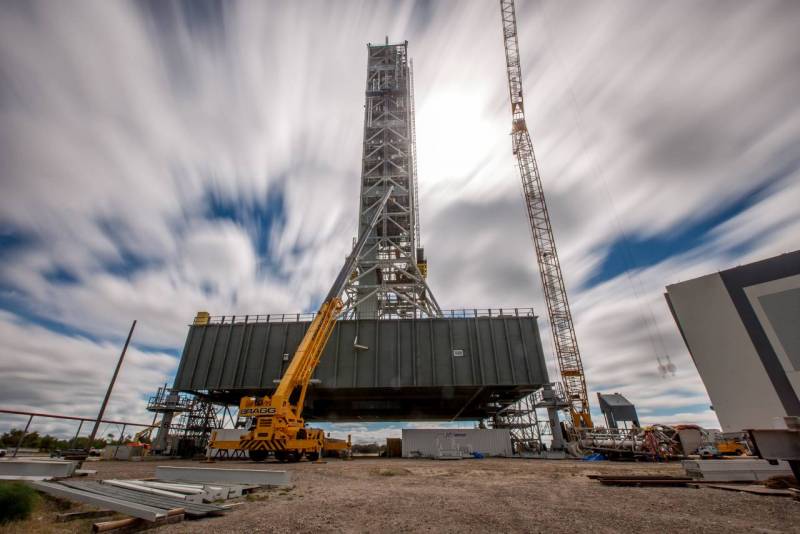 The Ars Technica portal, citing NASA inspector general Paul Martin, reports problems with the construction of the launch complex for the Space Launch System launch vehicle. The total cost of the Mobile Launcher-1 project amounted to at least $ 927 million. Work has been going on for about 10 years.


Initially, they spent $ 1 million on Mobile Launcher-234 - then it was a mobile complex for the Ares I launch vehicle. In 2010, the Ares-1 project was canceled, and they decided to rebuild the installation for SLS. 54 million dollars were requested for these works. The actual cost of modernization reached 693 million. For this money, NASA received a platform for new missiles.

According to the report of the inspector general, the cost of the work lies with the Vencore contractor. In preparation for the work, NASA and Venkor signed an agreement on additional expenses, which provided for the development of ground-based equipment for the launch complex. The implementation of the contract began in 2011 and continued until 2017.

As the inspector general established, NASA has repeatedly accepted unverified contractor projects and quickly concluded procurement and delivery contracts. NASA employees said that in some cases they knew about the unavailability of the projects, but promoted them because of the need to fulfill the general schedules of the construction program.

Such actions by the customer and the contractor led to delays and the need for numerous alterations. All this ultimately led to a stretch of work for 10 years and a total expenditure of more than 900 million.

NASA did not use penalties for low-quality work provided for by the contract with Vencor. Responsible persons interviewed by the inspector indicated that they knew about the problems, but believed that the contractor would do the job. Vencore's work was rated “good” and “excellent” - despite being behind schedule and unacceptable cost increases.

Ars Technica believes that this is not only the case with the modernization of the Mobile Launcher-1 complex, but also with the SLS project as a whole. Critics of this project indicate that its goal, apparently, is to create new jobs in space management and at Boeing. Space rocket development equipment and obtaining new results in this case fades into the background.

The Inspector General in his report tends to agree with this point of view. It is also confirmed by the fact that the first SLS flight was originally planned for 2017, but now it has been shifted to the 2021st.

The background for such messages is work on a new launch complex - a mobile installation for the SLS Block 1B missile, a larger and heavier one. A contract for such work worth $ 383 million in 2019 was received by Bechtel. Construction should be completed by March 2023. Thus, they plan to spend three times less money and half as much time on Mobile Launcher-2 than on the first complex.

In the light of the Inspector General's latest report, such plans look overly optimistic. 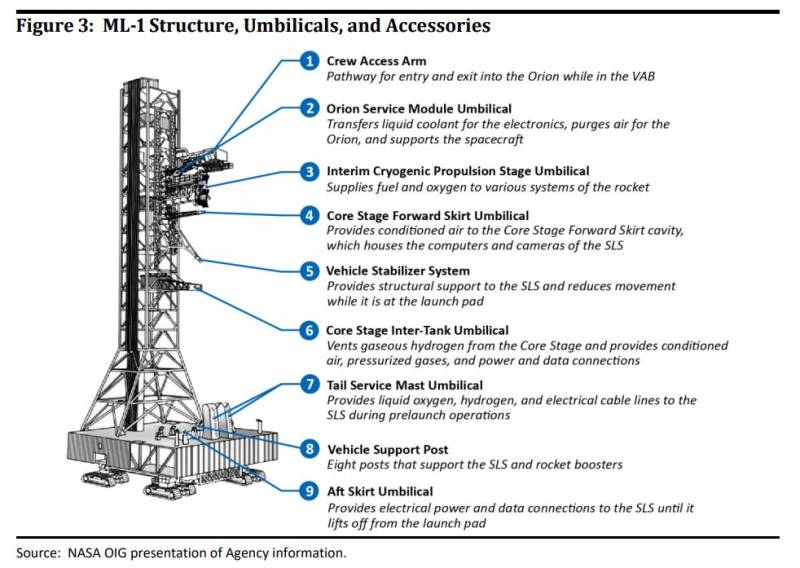 Recall that the SLS program is one of the main and most complex developments of NASA in recent decades. The development of the launch rocket line began in 2011, and the first launch is scheduled for the 2021st. At the beginning of 2023, the first flight with the Orion manned spacecraft will take place, moreover, we are talking immediately about the moon overflight.

Since its launch, SLS has been subjected to all kinds of criticism. One of the most popular topics is cost. To date, about $ 15 billion has been spent, and work has not yet been completed. NASA is also accused of launching an inappropriate and expensive project to support Boeing. The latter in this case has to face competition in the launch market.
Ctrl Enter
Noticed oshЫbku Highlight text and press. Ctrl + Enter
We are
The world's most powerful SLS rocket takes off at the end of the year
From the Volga to the Yenisei: the most powerful missiles of the future
Reporterin Yandex News
Read Reporterin Google News
Ad
The publication is looking for authors in the news and analytical departments. Requirements for applicants: literacy, responsibility, efficiency, inexhaustible creative energy, experience in copywriting or journalism, the ability to quickly analyze text and check facts, write concisely and interestingly on political and economic topics. The work is paid. Contact: [email protected]
3 comments
Information
Dear reader, to leave comments on the publication, you must to register.
I have an account? Sign in